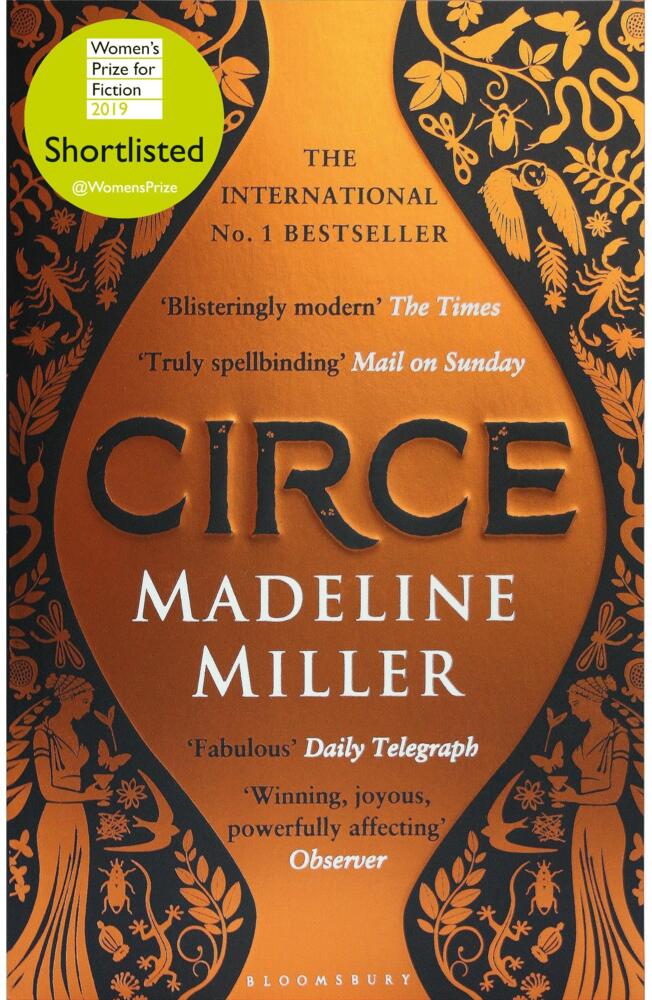 The captivating Sunday Times and New York Times number one bestseller by the Orange Prize-winning author of The Song of Achilles; 'spellbinding . a thrilling tour de force of the imagination' (Mail on Sunday)

The international Number One bestseller from the author of The Song of Achilles, shortlisted for the Women's Prize for Fiction Woman. Witch. Myth. Mortal. Outcast. Lover. Destroyer. Survivor. CIRCE. In the house of Helios, god of the sun and mightiest of the Titans, a daughter is born. Circe is a strange child - not powerful and terrible, like her father, nor gorgeous and mercenary like her mother. Scorned and rejected, Circe grows up in the shadows, at home in neither the world of gods or mortals. But Circe has a dark power of her own: witchcraft. When her gift threatens the gods, she is banished to the island of Aiaia where she hones her occult craft, casting spells, gathering strange herbs and taming wild beasts. Yet a woman who stands alone will never be left in peace for long - and among her island's guests is an unexpected visitor: the mortal Odysseus, for whom Circe will risk everything. So Circe sets forth her tale, a vivid, mesmerizing epic of family rivalry, love and loss - the defiant, inextinguishable song of woman burning hot and bright through the darkness of a man's world. THE NUMBER ONE INTERNATIONAL BESTSELLER CHOSEN AS A BOOK OF THE YEAR BY THE GUARDIAN, TELEGRAPH, SUNDAY TELEGRAPH, I PAPER, SUNDAY EXPRESS, IRISH TIMES, TIMES LITERARY SUPPLEMENT, AMAZON, AUDIBLE, BUZZFEED, REFINERY 29, WASHINGTON POST, BOSTON GLOBE, SEATTLE TIMES, TIME MAGAZINE, NEWSWEEK, PEOPLE, ENTERTAINMENT WEEKLY, KIRKUS, PUBLISHERS WEEKLY AND GOODREADS

Circe gives us a feminist slant on the Odyssey . Miller makes these age-old texts thrum with contemporary relevance . An airy delight, a novel to be gobbled greedily in a single sitting Observer

Miller, Madeline
Madeline Miller is the author of The Song of Achilles, which won the Orange Prize for Fiction 2012, was shortlisted for the Stonewall Writer of the Year 2012, was an instant New York Times bestseller, and was translated into twenty-five languages. Madeline holds an MA in Classics from Brown University, and she taught Latin, Greek and Shakespeare to high school students for over a decade. She has also studied at the University of Chicago's Committee on Social Thought, and at Yale School of Drama, where she focused on the adaptation of classical texts to modern forms. Her essays have appeared in publications including the Guardian, Wall Street Journal, Lapham's Quarterly and NPR. She lives outside Philadelphia. madelinemiller

The Priory of the Orange Tree
von Shannon, Samantha
Kartoniert