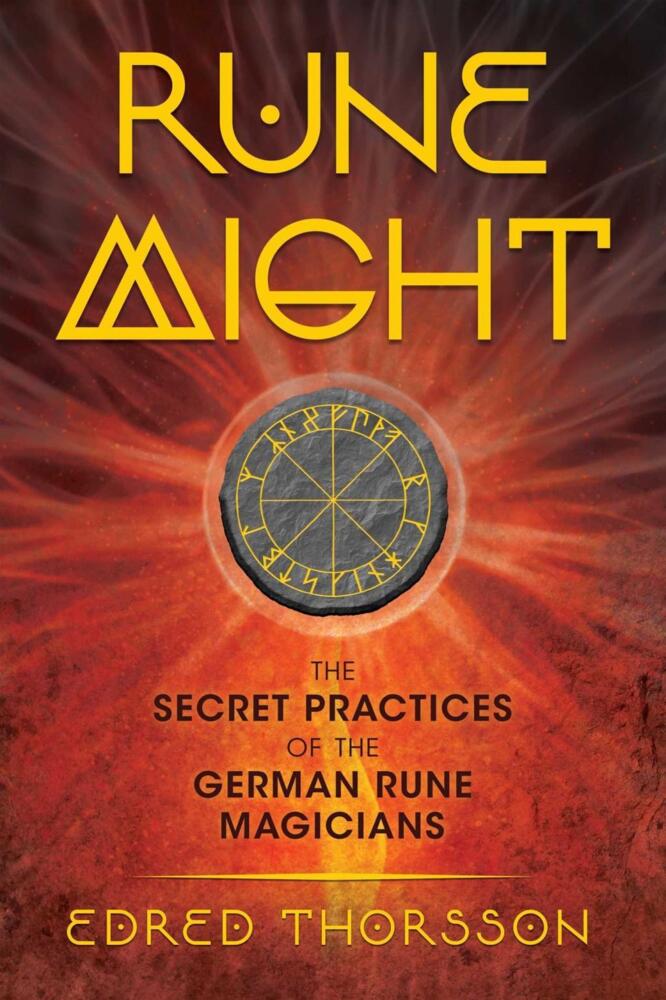 The Secret Practices of the German Rune Magicians

A practical handbook to the history, exercises, and techniques of German rune work

â¢ Explores the four traditional runic systems: the Older Futhark, the Anglo-Frisian Futhorc, the Younger Futhark, and the Armanic Futhork

Although the rune renaissance began blossoming in Anglo-American occult circles in the 1970s, the runes have been part of the occult revival in Germany since its beginning in the late 19th century, with roots that go back centuries further. Exploring the history of esoteric runology and the work of the trailblazers of modern rune magic, including Guido von List, Friedrich Bernhard Marby, and Rudolf John Gorsleben, author Edred Thorsson details the secret practices and runic systems of the German rune magicians, including techniques for using runes in unprecedented ways to draw power into your life.

Thorsson explores all four of the traditional runic systems: the Older Futhark (24 runes), the Anglo-Frisian Futhorc (29-33 runes), the Younger Futhark (16 runes), and the Armanic Futhork (18 runes), developed by Guido von List. The author explains the similarities and differences between them as well as how they are all facets of the same underlying runic reality. He examines the early history and possible origins of runic symbols and systems, the renaissance of rune magic from 1919 to 1935, the effects of the Third Reich and Nazis on the runic revival, as well as the reemergence of German runology after World War II.

By immersing yourself in the world of the runic pioneers and the practices they designed, you will emerge with a deeper understanding of runes as well as the magical world from which they emanate.

Preface to the Third Edition

Preface to the Second Edition

Preface to the First Edition

CHAPTER 4
The Swastika and the Runes

CHAPTER 5
From the Ashes: A New Runic Revival

CHAPTER 14
The Working of the Graal Cup

CHAPTER 15
The Ritual of the Ninth Night

APPENDIX A
On Pronunciation

APPENDIX B
Runes and the Interpretation of Fate
by E. Tristan Kurtzahn

APPENDIX C
The Runes around Us

APPENDIX E
The Externsteine as a Runic Stead

APPENDIX F
The Esoteric Runology of the Fraternitas Saturni

Edred Thorsson is the founder of the Rune Gild and one of the top experts on runes alive today. He received his doctorate in Germanic languages and medieval studies from the University of Texas at Austin and studied the history of occultism at the University of Göttingen, Germany. He is the author of other well-known books on runes, including Futhark: A Handbook of Rune Magic and The Nine Doors of Midgard.