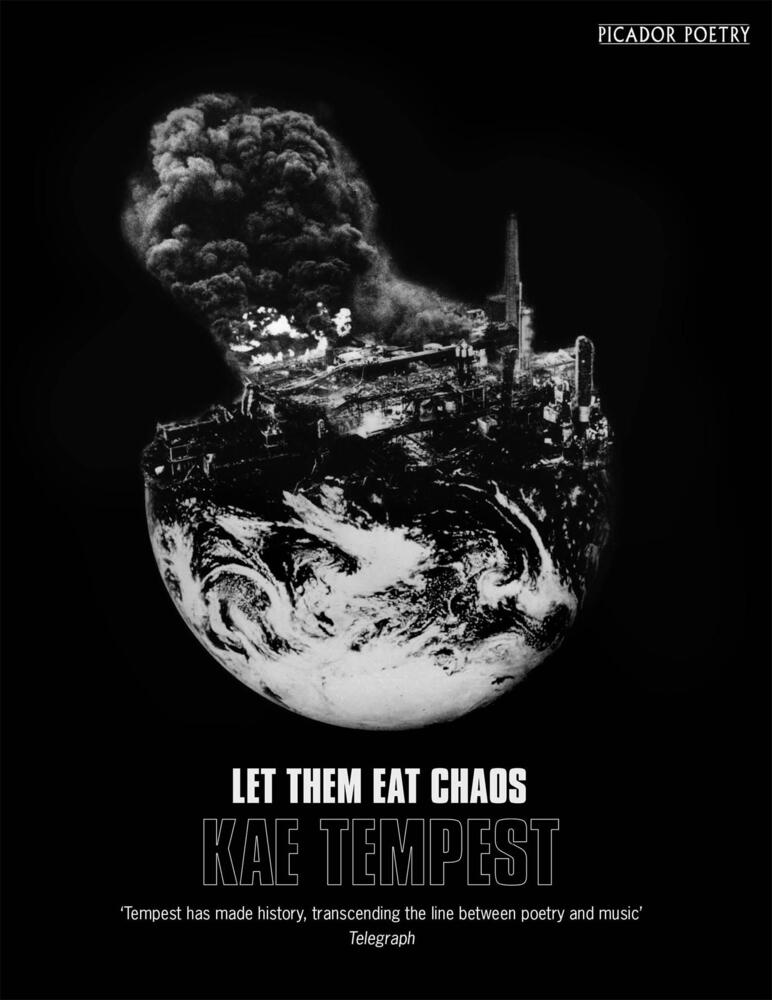 Kate Tempest's long poem Let Them Eat Chaos, takes a hard look at contemporary life as Londoners living on the same street are forced to meet and connect.

Let Them Eat Chaos, Kate Tempest's new long poem written for live performance and heard on the album release of the same name, is both a powerful sermon and a moving play for voices. Seven neighbours inhabit the same London street, but are all unknown to each other. The clock freezes in the small hours, and, one by one, we see directly into their lives: lives that are damaged, disenfranchised, lonely, broken, addicted. Then a great storm breaks over London, and brings them out into the night to face each other - and offers them a chance to connect. Tempest argues that our alienation from one another has bred a terrible indifference to our own fate, but she counters this with a plea to challenge the forces of greed which have conspired to divide us, and mend the broken home of our own planet while we still have time. Let Them Eat Chaos is a cri de coeur and a call to action, and, both on the page and in Tempest's electric performance, one of the most powerful poetic statements of the year.

In terms of visibility, Kate Tempest is currently way ahead of her performance-poet peers. Out on her own, she sounds like a woman who knows exactly what she's doing Alexis Petridis Guardian

Kae Tempest was born in London in 1985. Their work includes the plays Wasted, Glasshouse and Hopelessly Devoted; the poetry collections Everything Speaks in its Own Way and Hold Your Own; the albums Everybody Down, Balance and Let Them Eat Chaos; the long poems Brand New Ancients and Let Them Eat Chaos; and their debut novel, The Bricks that Built the Houses.

Kae was nominated for the Mercury Music Prize for their debut album, Everybody Down, and received the Ted Hughes Award and a Herald Angel Award for Brand New Ancients. Kae was also named a Next Generation poet in 2014.

Once Upon a Time in Hollywood
A Novel
Kartoniert