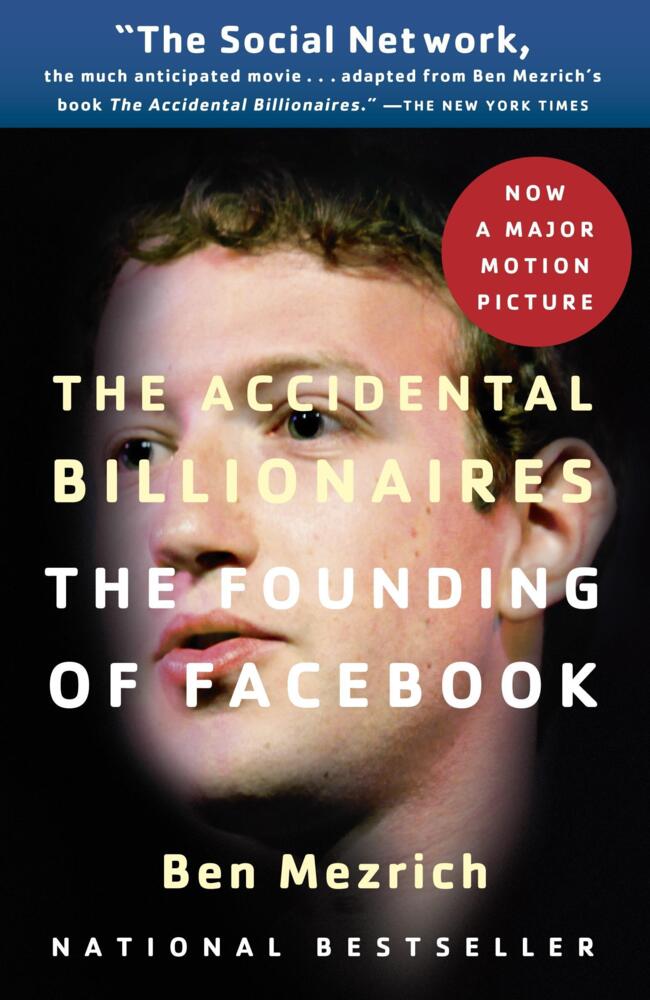 The Accidental Billionaires is a fast-paced, inside look at a story of fortune gained and innocence lost, and how a company that was created to bring people together ultimately tore two friends apart. In 2003, Eduardo Saverin and Mark Zuckerberg were Harvard undergrads and best friends looking for a way to stand out among the university's elite and competitive student body. Then one lonely night, Zuckerberg hacked into the campus computer system to pull off a prank that crashed Harvard's network. This stunt almost got him expelled, but it also inspired Zuckerberg to create Facebook, the social networking site that has revolutionized how people around the world communicate. With Saverin's funding their small start-up quickly went from their college dorm room to Silicon Valley. But different ideas about Facebook's future tested Zuckerberg and Saverin's relationship, which then spiraled into out-and-out warfare. Soon, the collegiate exuberance that marked their collaboration fell prey to the adult world of venture capitalists, lawyers, and big money.

" The Social Network , the much anticipated movie...adapted from Ben Mezrich's book The Accidental Billionaires ." - The New York Times

Best friends Eduardo Saverin and Mark Zuckerberg had spent many lonely nights looking for a way to stand out among Harvard University's elite, competitive, and accomplished student body. Then, in 2003, Zuckerberg hacked into Harvard's computers, crashed the campus network, almost got himself expelled, and was inspired to create Facebook, the social networking site that has since revolutionized communication around the world.

With Saverin's funding their tiny start-up went from dorm room to Silicon Valley. But conflicting ideas about Facebook's future transformed the friends into enemies. Soon, the undergraduate exuberance that marked their collaboration turned into out-and-out warfare as it fell prey to the adult world of venture capitalists, big money, and lawyers.

"Uproarious. . . . Stimulating enough to keep even an unmedicated narcoleptic awake."
- The Washington Times

"Mezrich's prose has a cinematic flavor."
- The Boston Globe

"You won't be able to put the book down. The story's far too compelling, and entirely too personal, to toss aside."
- The Oregonian

The Everything Store
Jeff Bezos and the Age of Amazon
Kartoniert

My Son the Fanatic
Textbook
Kartoniert