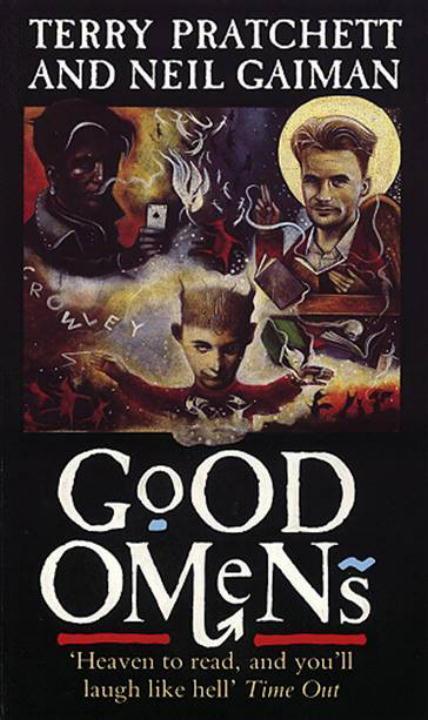 The Nice and Accurate Prophecies of Agnes Nutter, Witch (Novelle)

As heard on Radio 4 - the classic dark and hilarious take on mankind's final judgment, from bestselling authors Terry Pratchett and Neil Gaiman.

"Armageddon only happens once, you know. They don't let you go around again until you get it right." According to the Nice and Accurate Prophecies of Agnes Nutter, Witch - the world's only totally reliable guide to the future, written in 1655, before she exploded - the world will end on a Saturday. Next Saturday, in fact. Just after tea...

People have been predicting the end of the world almost from its very beginning, so it's only natural to be sceptical when a new date is set for Judgement Day. This time though, the armies of Good and Evil really do appear to be massing. The four Bikers of the Apocalypse are hitting the road. But both the angels and demons - well, one fast-living demon and a somewhat fussy angel - would quite like the Rapture not to happen.
And someone seems to have misplaced the Antichrist...

Gaiman, Neil
Gaiman is the New York Times bestselling author of the novels Neverwhere (1995), Stardust (1999), the Hugo and Nebula Award-winning American Gods (2001), Anansi Boys (2005), and Good Omens (with Terry Pratchett, 1990), as well as the short story collections Smoke and Mirrors (1998) and Fragile Things (2006). His screenwriting credits include the original BBC TV series of Neverwhere (1996), Dave McKean's first feature film, Mirrormask (2005), the Doctor Who episode 'The Doctor's Wife' (2011) and, of course, the forthcoming 'Good Omens' TV series.

Terry Pratchett was the acclaimed creator of the global bestselling Discworld series, the first of which, The Colour of Magic, was published in 1983. In all, he was the author of over fifty bestselling books. His novels have been widely adapted for stage and screen, and he was the winner of multiple prizes, including the Carnegie Medal, as well as being awarded a knighthood for services to literature. He died in March 2015.