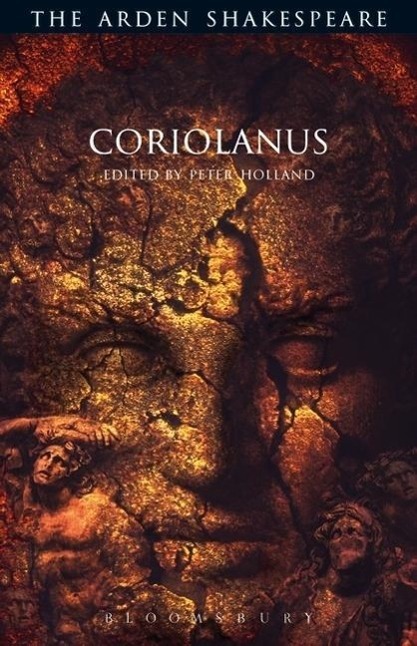 This Roman play is one of Shakespeare's last tragedies, best known for its political and military themes. Its hero, Coriolanus, is a proud General who does not hesitate to show his arrogant and outspoken contempt of the Roman rabble. The Tribunes banish him and he raises an army to take his revenge on Rome. He finally concedes to the pleas of his mother to spare the city and leaves only to be publicly killed by his former allies.

Peter Holland is a former Director of the Shakespeare Institute in Stratford-upon-Avon and President of the Shakespeare Association of America. He is a pre-eminent international scholar. His comprehensive introduction and commentary notes open up the language, themes and ideas in this complex yet richly rewarding play for the student and teacher. The play is discussed in its historical and critical contexts and its theatrical history is analysed too.

This is a mighty powerhouse of a work: passionately outward-looking in its engagement with the play's afterlife in theatre, poetry and film ... Holland's style is delightfully engaging and inclusive ... This is a remarkable piece of scholarship, and an indispensable work for anyone wishing to understand Coriolanus better. Jane Kingsley-Smith, Roehampton University, UK Around the Globe 20130901

Peter Holland is the McMeel Family Chair in Shakespeare Studies and the Associate Dean for the Arts at the University of Notre Dame, USA.