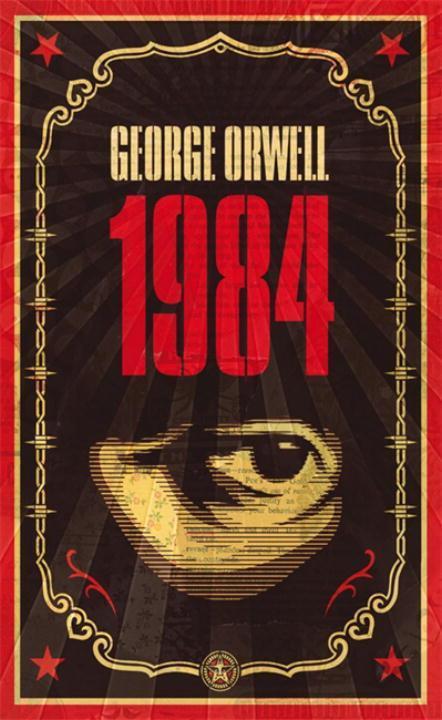 Nineteen Eighty-Four" is a classic dystopian novel by English author George Orwell. Published in 1949, it is set in the eponymous year and focuses on a repressive, totalitarian regime. The story follows the life of one seemingly insignificant man, Winston Smith, a civil servant assigned the task of falsifying records and political literature, thus effectively perpetuating propaganda, who grows disillusioned with his meager existence and so begins an ultimately futile rebellion against the system. The novel has become famous for its portrayal of surveillance and society's increasing encroachment on the rights of the individual. Since its publication the terms Big Brother and Orwellian have entered the popular vernacular.

Winston Smith works for the Ministry of Truth in London, chief city of Airstrip One. Big Brother stares out from every poster, the Thought Police uncover every act of betrayal. When Winston finds love with Julia, he discovers that life does not have to be dull and deadening, and awakens to new possibilities. Despite the police helicopters that hover and circle overhead, Winston and Julia begin to question the Party; they are drawn towards conspiracy. Yet Big Brother will not tolerate dissent - even in the mind. For those with original thoughts they invented Room 101. . .

1984 is George Orwell's terrifying vision of a totalitarian future in which everything and everyone is slave to a tyrannical regime.'Right up there among my favourite books ... I read it again and again' Margaret Atwood'More relevant to today than almost any other book that you can think of' Jo Brand

Orwell, George
Eric Arthur Blair (1903-1950), better known by his pen-name, George Orwell, was born in India, where his father worked for the Civil Service. An author and journalist, Orwell was one of the most prominent and influential figures in twentieth-century literature. His unique political allegory Animal Farm was published in 1945, and it was this novel, together with the dystopia of Nineteen Eighty-Four (1949), which brought him world-wide fame. His novels and non-fiction include Burmese Days, Down and Out in Paris and London, The Road to Wigan Pier and Homage to Catalonia.