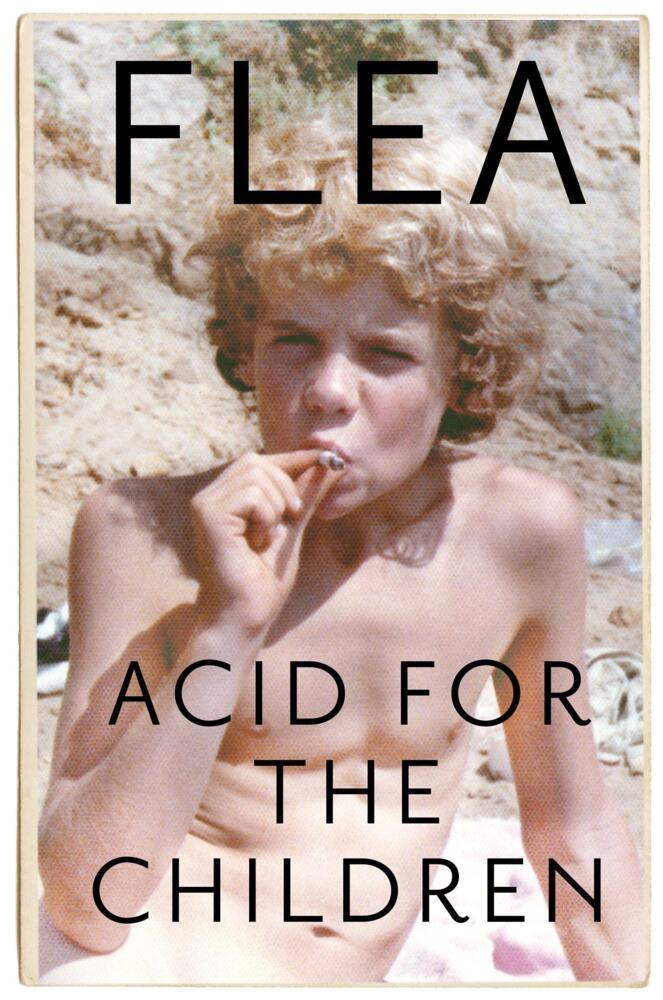 Acid for the Children

The autobiography of Flea, the Red Hot Chili Peppers legend

Flea, the iconic bassist and co-founder, alongside Anthony Kiedis, of the immortal Red Hot Chili Peppers finally tells his fascinating origin story, complete with all the dizzying highs and the gutter lows you'd expect from an LA street rat turned world-famous rock star.

Flea, the iconic bassist and co-founder, alongside Anthony Kiedis, of the immortal Red Hot Chili Peppers finally tells his fascinating origin story, complete with all the dizzying highs and the gutter lows you'd expect from an LA street rat turned world-famous rock star.

Michael Peter Balzary was born in Melbourne, Australia, on October 16, 1962. His more famous stage name, Flea, and his wild ride as the renowned bass player for the Red Hot Chili Peppers was in a far and distant future. Little Michael from Oz moved with his very conservative, very normal family to Westchester, New York, where life as he knew it was soon turned upside down. His parents split up and he and his sister moved into the home of his mother's free-wheeling, jazz musician boyfriend - trading in rules, stability, and barbecues for bohemian values, wildness, and Sunday afternoon jazz parties where booze, weed, and music flowed in equal measure. There began Michael's life-long journey to channel all the frustration, loneliness, love, and joy he felt into incredible rhythm.

When Michael's family moved to Los Angeles in 1972, his home situation was rockier than ever. He sought out a sense of belonging elsewhere, spending most of his days partying, playing basketball, and committing petty crimes. At Fairfax High School, he met another social outcast, Anthony Kiedis, who quickly became his soul brother, the yin to his yang, his partner in mischief. Michael joined some bands, fell in love with performing, and honed his skills. But it wasn't until the night when Anthony, excited after catching a Grandmaster Flash concert, suggested they start their own band that he is handed the magic key to the cosmic kingdom.

Acid for the Children is as raw, entertaining and wildly unpredictable as its author. It's both a tenderly evocative coming of age story and a raucous love letter to the power of music and creativity

[Flea creates] a rhythm for his prose as curt and distinct as his bass playing. Jim Farber The Guardian 20191104

Flea is an Australian-American musician and actor best known as bassist and founding member of the rock band Red Hot Chili Peppers who were inducted into the Rock and Roll Hall of Fame in 2012. Flea is also the co-founder of Silverlake Conservatory of Music, a non-profit music education organization founded in 2001 for underprivileged children.

Notes from the Velvet Underground
The Life of Lou Reed
Kartoniert

The Beatles - All These Years: Volume 1
Tune In
Kartoniert

Beatles - All These Years: Tune In. Volume 1
Tune In
Gebunden