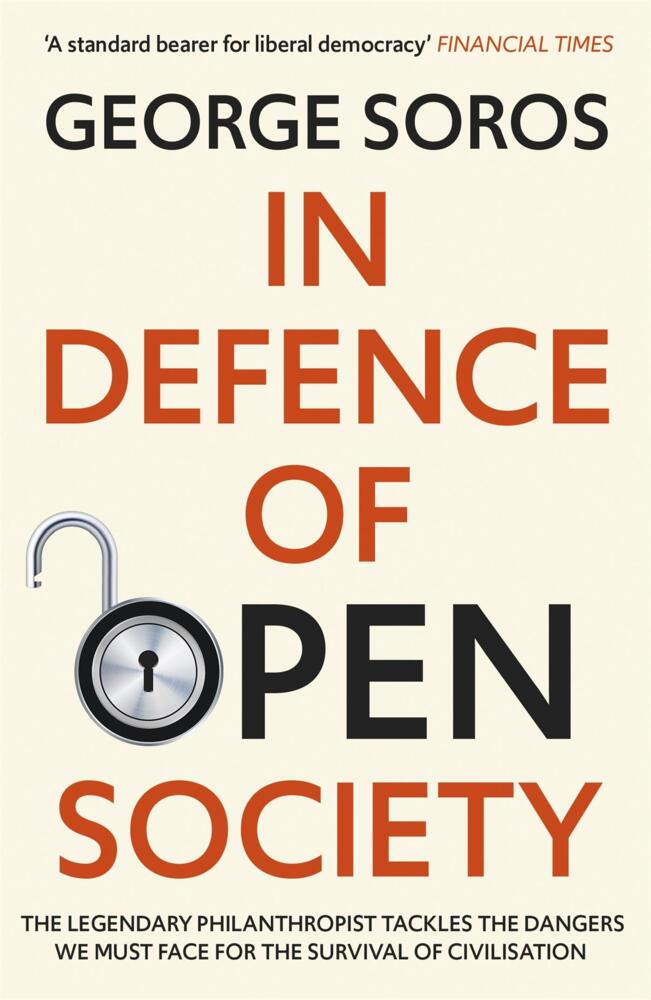 In Defence of Open Society

George Soros---universally known for his philanthropy, progressive politics and investment success, and now under sustained attack from the far right, nationalists, and anti-Semites around the world---gives us an impassioned and much-needed defense of his core belief in open society.

George Soros is among the world's most prominent public figures. He is one of the history's most successful investors and his philanthropy, led by the Open Society Foundations, has donated over $14 billion to promote democracy and human rights in more than 120 countries. But in recent years, Soros has become the focus of sustained right-wing attacks in the United States and around the world based on his commitment to open society, progressive politics and his Jewish background.

In this brilliant and spirited book, Soros offers a compendium of his philosophy, a clarion call-to-arms for the ideals of an open society: freedom, democracy, rule of law, human rights, social justice, and social responsibility as a universal idea. In this age of nationalism, populism, anti-Semitism, and the spread of authoritarian governments, Soros's mission to support open societies is as urgent as it is important.

Soros, George
George Soros was named as the Financial Times Person of the Year for 2018, citing the standard bearer of liberal democracy and open society: the ideas which triumphed in the cold war, now under siege from all sides, from Vladimir Putin's Russia to Donald Trump's America.

For more than three decades, George Soros has used philanthropy to battle against authoritarianism, racism and intolerance. Through his long commitment to openness, media freedom and human rights, he has attracted the wrath of authoritarian regimes and, increasingly, the national populists who continue to gain ground, particularly in Europe.

He is chairman of Soros Fund Management and founder of a global network of foundations dedicated to supporting open societies. Soros is the author of several bestselling books including The Crash of 2008 and The Crisis of Global Capitalism.