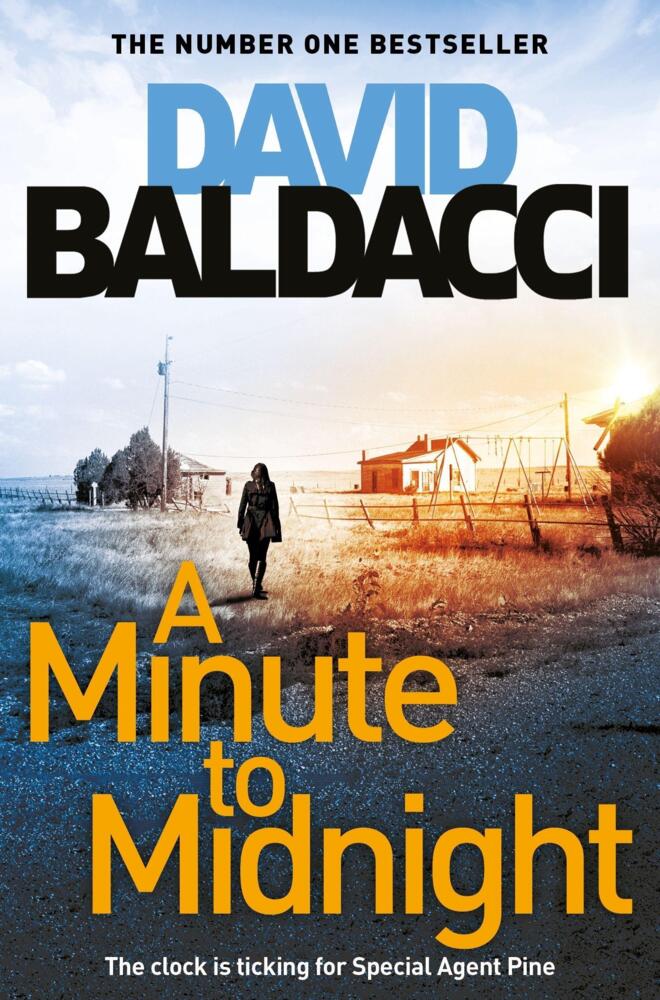 A Minute to Midnight

SPECIAL AGENT ATLEE PINE RETURNS TO HER HOMETOWN TO SOLVE HER MOST PERSONAL CASE YET.

At six years old, Atlee's twin sister, Mercy, was taken from the family home while Atlee was left for dead. Since that fateful night, Atlee has dedicated her life and career to catching those who hurt others.

Word of a killer.

Atlee has never stopped searching for answers about her sister. A notorious serial killer, locked in a maximum-security prison, continues to haunt her. Does he really know what happened to Mercy?

When Atlee oversteps the mark on the arrest of a dangerous criminal, the FBI gives her a leave of absence - the perfect opportunity to return to where it all began.

Determined to finally uncover the truth, Atlee Pine's journey home turns into a rollercoaster ride of murder, long-buried secrets and lies . . . and a revelation so personal that everything she once believed is fast turning to dust.

'A new kind of heroine, forged in the fire of trauma and driven by a rare kind of strength . . . a character for the ages' Gregg Hurwitz, New York Times bestselling author of Orphan X

In FBI Agent Atlee Pine, he has envisioned a new kind of heroine, forged in the fire of trauma and driven by a rare kind of strength. It should come as no shock that a thriller writer for the ages has created a character for the ages! Gregg Hurwitz, New York Times bestselling author of Orphan X

David Baldacci is one of the world's bestselling and favourite thriller writers. A former trial lawyer with a keen interest in world politics, he has specialist knowledge in the US political system and intelligence services, and his first book, Absolute Power, became an instant international bestseller, with the movie starring Clint Eastwood a major box office hit. He has since written more than forty bestsellers featuring most recently Amos Decker, Aloysius Archer, Atlee Pine and John Puller. David is also the co-founder, along with his wife, of the Wish You Well Foundation, a non-profit organization dedicated to supporting literacy efforts across the US.

Trust him to take you to the action.

Details Merkliste Warenkorb
She Lies in Wait
Six friends. One killer. Who do you trust?
Kartoniert