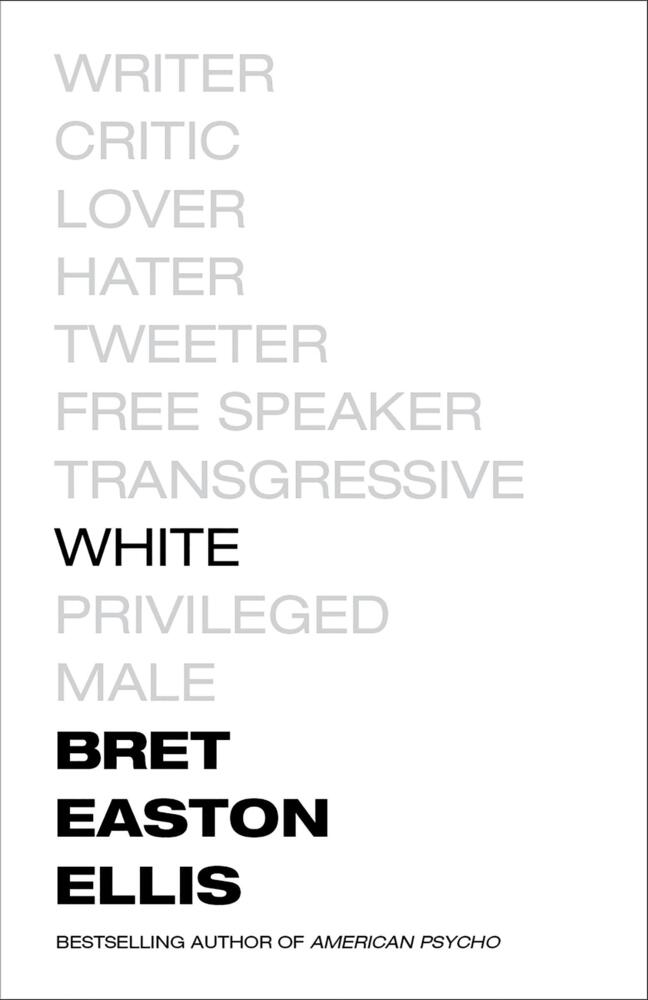 Bret Easton Ellis combines social observation and personal reflection in a wide-ranging exploration of our era's manifold transformations. Musing about our current era, he wrestles with what it means to live in a nation seemingly determined to tear itself apart and how our country has evolved gradually and then suddenly into the age of social media, when the contradictions inherent in all of us are at risk of being erased.

Own it, snowflakes: you've lost everything you claim to hold dear.

White is Bret Easton Ellis's first work of nonfiction. Already the bad boy of American literature, from Less Than Zero to American Psycho, Ellis has also earned the wrath of right-thinking people everywhere with his provocations on social media, and here he escalates his admonishment of received truths as expressed by today's version of "the left." Eschewing convention, he embraces views that will make many in literary and media communities cringe, as he takes aim at the relentless anti-Trump fixation, coastal elites, corporate censorship, Hollywood, identity politics, Generation Wuss, "woke" cultural watchdogs, the obfuscation of ideals once both cherished and clear, and the fugue state of American democracy. In a young century marked by hysterical correctness and obsessive fervency on both sides of an aisle that's taken on the scale of the Grand Canyon, White is a clarion call for freedom of speech and artistic freedom.

"The true scourge for Ellis is censorship."-Eli Roth, Interview

"Playfully provocative . . . a feature-length yawp, equal parts memoir and State of the Union address, that will infuriate or delight. . . . [Ellis] rails against the diktats of the politically correct."-Charles Arrowsmith, The Washington Post

"Tough-minded and realistic. . . . Ellis will lose friends over this book."-Barton Swaim, The Wall Street Journal

"[In] his first book in nine years-and his nonfiction debut-Ellis exudes the same youthful spirit he's always had: of irreverent amusement, quiet irony, indefatigable artistic curiosity. He's a living embodiment of how, between the predigital world of 1985 and today, both everything and nothing has changed. And it's been Ellis's life's work to make us confront the absurdity of that world in all its grimness, comedy and plastic beauty."-Lauren Christensen, The New York Times

"If Joan Didion is the California ice queen who picked apart the increasingly threadbare fabric of 70s American society, then, with White, Bret Easton Ellis is her heir apparent . . . shifting his focus to nonfiction for the first time [and turning his] withering eye to the social-media age."-H.W. Vail, Vanity Fair

"Intelligent and briskly observed. . . . [Ellis is] an artist who engages deeply with works, and his takes on film, especially, are often fascinating. . . . Ellis isn't afraid to be contrarian, and that's what makes this book so interesting."-Keir Graff, Booklist

"Well written [and] bubbling with attitude and self-confidence."-Kirkus