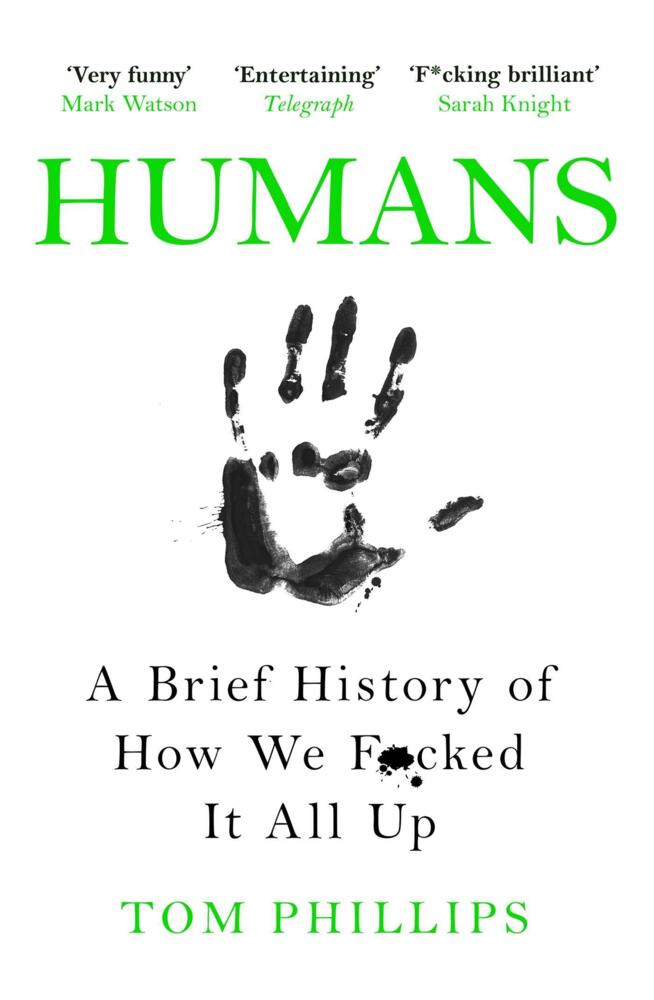 A Brief History of How We F*cked It All Up

HUMANS: An exhilarating journey through the most creative and catastrophic f ck ups in human history

In the seventy thousand years that modern human beings have walked this earth, we've come a long way. Art, science, culture, trade - on the evolutionary food chain, we're real winners. But, frankly, it's not exactly been plain sailing, and sometimes - just occasionally - we've managed to really, truly, quite unbelievably f ck things up.

From Chairman Mao's Four Pests Campaign, to the American Dustbowl; from the Austrian army attacking itself one drunken night, to the world's leading superpower electing a reality TV mogul as President... it's pretty safe to say that, as a species, we haven't exactly grown wiser with age.

So, next time you think you've really f cked up, this book will remind you: it could be so much worse...
FURTHER PRAISE FOR HUMANS:

'A light-touch history of moments when humans have got it spectacularly wrong... Both readable and entertaining' The Telegraph

'Chronicles humanity's myriad follies down the ages with malicious glee and much wit ... a rib-tickling page-turner' Business Standard

'A timely, irreverent gallop through thousands of years of human stupidity' Nicholas Griffin, Ping-Pong Diplomacy: The Secret History Behind the Game That Changed the World

In dark times, it's reassuring to learn that we've always been a bunch of clueless f cking nitwits Stuart Heritage Don't Be a Dick, Pete

Tom Phillips is the editor of Full Fact, Britain's leading independent fact-checking organisation. Previously he was the editorial director of BuzzFeed UK, where he divided his time between very serious reporting on important issues... and making jokes.