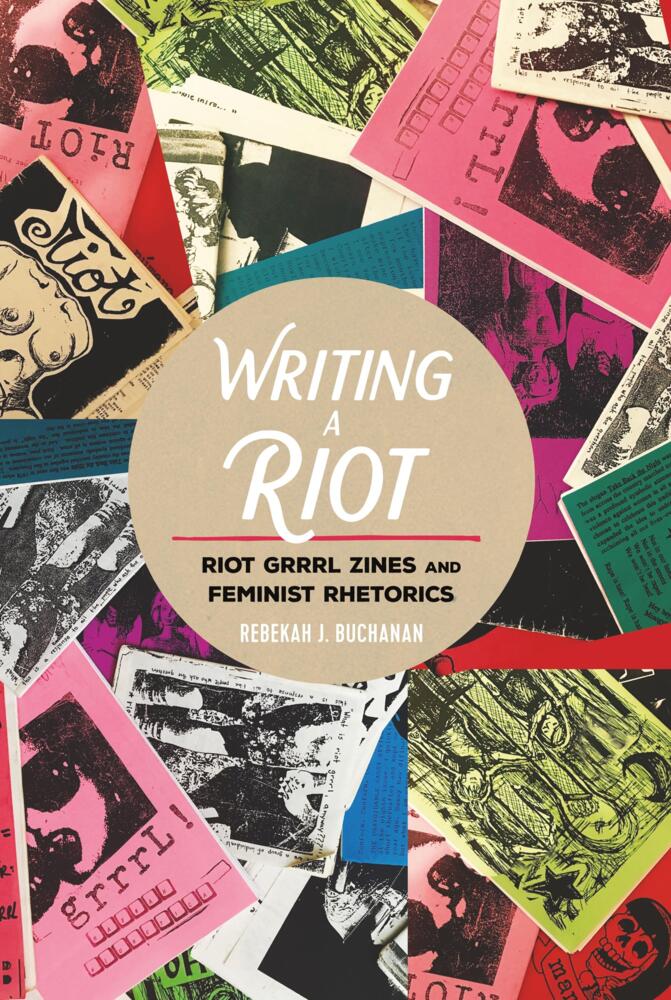 Riot grrrls, punk feminists most well-known for their girl power activism and message, used punk ideologies and the literacy practice of zine-ing to create radical feminist sites of resistance.

Riot grrrls, punk feminists best known for their girl power activism and message, used punk ideologies and the literacy practice of zine-ing to create radical feminist sites of resistance. In what ways did zines document feminism and activism of the 1990s? How did riot grrrls use punk ideologies to participate in DIY sites? In Writing a Riot: Riot Grrl Zines and Feminist Rhetorics, Buchanan argues that zines are a form of literacy participation used to document personal, social, and political values within punk. She examines zine studies as an academic field, how riot grrrls used zines to promote punk feminism, and the ways riot grrrl zines dealt with social justice issues of rape and race. Writing a Riot is the first full-length book that examines riot grrrl zines and their role in documenting feminist history.

"Focusing on the creation and circulation of riot grrrl zines in the 1990s, which she interprets as a complex literacy practice, Rebekah J. Buchanan adds substantially to the burgeoning literature on the challenge of narrating the history of punk feminisms. By building on her own experiences in zine-ing and reading with care and appreciation a diverse array of zines created during the period, she makes a strong case for the significance of such zines as evidence of girls' feminism and activist efforts to understand the conditions of their everyday lives." -Janice Radway, Walter Dill Scott Professor of Communication Studies; Director, Gender Studies; Professor, American Studies, Northwestern University