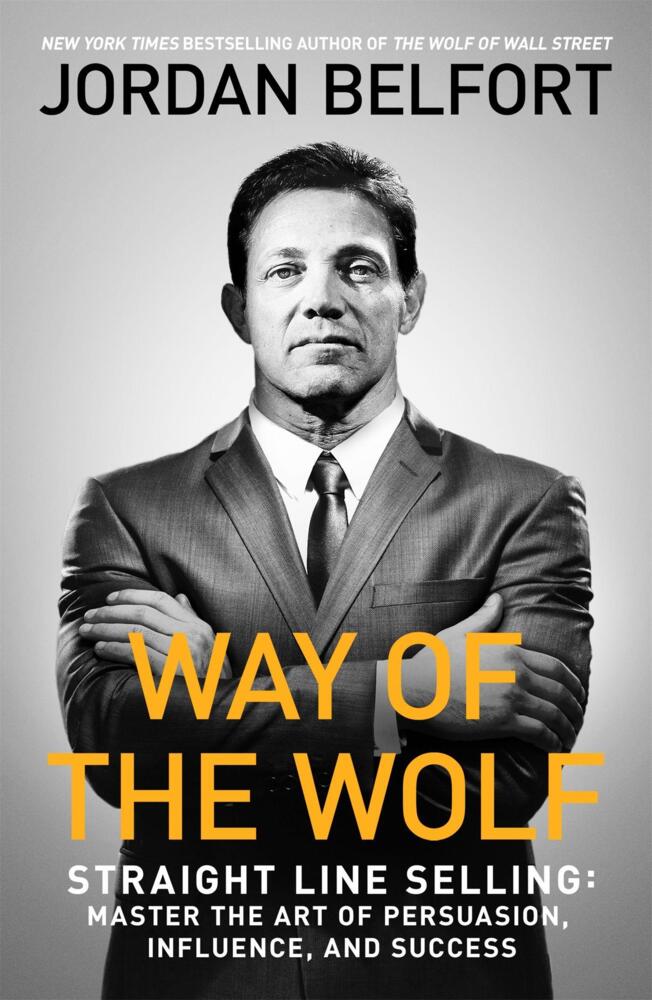 Way of the Wolf

LEARN FROM THE MASTER OF SALES AND PERSUASION. At last Jordan Belfort - The Wolf of Wall Street - reveals how to use the Straight Line System - the proven technique for generating wealth which turned Wall Street upside down.

Jordan Belfort - immortalized by Leonardo DiCaprio in the hit movie The Wolf of Wall Street - reveals the step-by-step sales and persuasion system proven to turn anyone into a sales-closing, money-earning rock star.

For the first time ever, Jordan Belfort opens his playbook and gives readers access to his exclusive step-by-step system-the same system he used to create massive wealth for himself, his clients, and his sales teams. Until now this revolutionary program was only available through Jordan's $1,997 online training. Now in WAY OF THE WOLF, Belfort is ready to unleash the power of persuasion to a whole new generation of readers, revealing how anyone can bounce back from devastating setbacks, master the art of persuasion, and build wealth. Every technique, every strategy, and every tip has been tested and proven to work in real-life situations.

Written in his own inimitable voice, WAY OF THE WOLF cracks the code on how to persuade anyone to do anything, and coaches readers, regardless of age, education, or skill level, to be a master sales person, negotiator, closer, entrepreneur, or speaker.

Jordan Belfort was born in Queens, New York. He hustled ices to put himself through college, showing early entrepreneurial flair. His first business sent him bankrupt at twenty-four so he went down to Wall St with $100 in his pocket and ended up building one of the largest brokerages in America - the now infamous Stratton Oakmont. A hard partying lifestyle ended in crash and burn. Ultimately indicted by the federal government, Belfort served twenty-two months in prison, and time in rehab. He's now a highly successful motivational speaker.
His story has been made into a Golden Globe-winning and Academy Award-nominated film starring Leonardo DiCaprio and directed by Martin Scorsese.
He is currently living in Los Angeles.