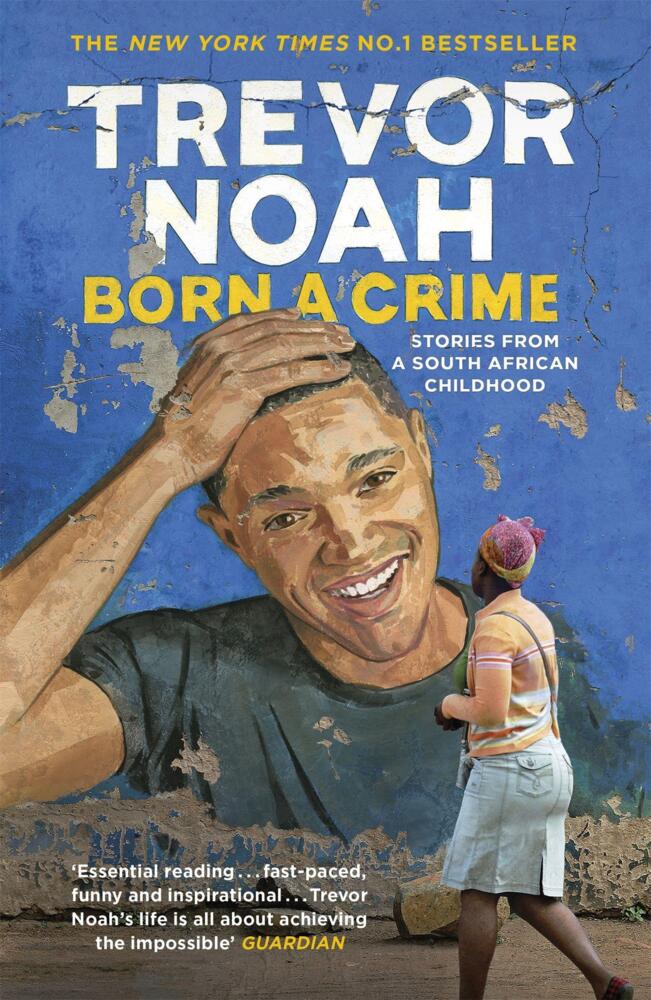 Stories from a South African Childhood

One of the comedy world's fastest-rising stars ('SLICK, INTELLIGENT AND BLISSFULLY FUNNY' Time Out) tells his hilarious and moving coming-of-age story during the twilight of apartheid in South Africa and the tumultuous days of freedom that followed.

WINNER OF THE THURBER PRIZE

The compelling, inspiring, (often comic) coming-of-age story of Trevor Noah, set during the twilight of apartheid and the tumultuous days of freedom that followed.

One of the comedy world's brightest new voices, Trevor Noah is a light-footed but sharp-minded observer of the absurdities of politics, race and identity, sharing jokes and insights drawn from the wealth of experience acquired in his relatively young life. As host of the US hit show The Daily Show with Trevor Noah, he provides viewers around the globe with their nightly dose of biting satire, but here Noah turns his focus inward, giving readers a deeply personal, heartfelt and humorous look at the world that shaped him.

Noah was born a crime, son of a white Swiss father and a black Xhosa mother, at a time when such a union was punishable by five years in prison. Living proof of his parents' indiscretion, Trevor was kept mostly indoors for the first years of his life, bound by the extreme and often absurd measures his mother took to hide him from a government that could, at any moment, take him away.

A collection of eighteen personal stories, Born a Crime tells the story of a mischievous young boy growing into a restless young man as he struggles to find his place in a world where he was never supposed to exist. Born a Crime is equally the story of that young man's fearless, rebellious and fervently religious mother - a woman determined to save her son from the cycle of poverty, violence and abuse that ultimately threatens her own life.

Whether subsisting on caterpillars for dinner during hard times, being thrown from a moving car during an attempted kidnapping, or just trying to survive the life-and-death pitfalls of dating in high school, Noah illuminates his curious world with an incisive wit and an unflinching honesty. His stories weave together to form a personal portrait of an unlikely childhood in a dangerous time, as moving and unforgettable as the very best memoirs and as funny as Noah's own hilarious stand-up. Born a Crime is a must read.

An engaging, fast-paced and vivid read . . . Essential reading not only because it is a personal story of survival, leavened with insight and wit, but because it does more to expose apartheid - its legacy, its pettiness, its small-minded stupidity and its damage - than any other recent history book or academic text GUARDIAN

Dreams from My Father
A Story of Race and Inheritance
Kartoniert

I Can't Make This Up
Life Lessons
Kartoniert

A Day in the Life of Marlon Bundo
von Bundo, Marlon ...
Gebunden

Long Walk to Freedom
The Autobiography of Nelson Mandela
Kartoniert