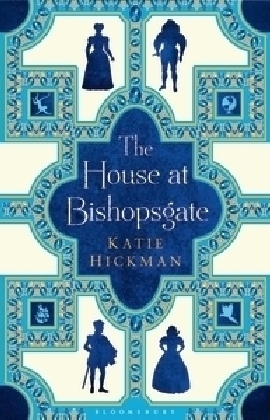 From the Sunday Times bestselling author comes a haunting, magical story set in 17th century London, perfect for fans of The Miniaturist

1611. James I has recently succeeded to the throne and the Elizabethan age is over. A new artistic and intellectual Renaissance comes to England. As trade routes open up, a rich and cosmopolitan middle class emerges, with an interest in architecture, gardens and textiles. Seven years after he was all but destroyed in his quest to take possession of the Pindar Diamond, Levant Company merchant and former ambassador to Constantinople Paul Pindar returns triumphantly to England. Now one of the wealthiest merchants in London, he brings with him his wife, Celia Lamprey, the Englishwoman with whom, after many vicissitudes, he has at last been united. His great house on Bishopsgate has stood empty for ten years. Now, a phalanx of carpenters, upholsterers and gardeners have been summoned to restore it to its former glory. But all is not as it seems. Celia is frail, and their marriage, despite Celia's longing, is childless. Pindar arranges for Celia's old friend, Annetta, to join them from Venice as Celia's companion. But Annetta arrives to find that another woman, the widow Frances Sydenham, has insinuated herself into the Pindar household. Lady Sydenham seems to have a mysterious hold over Celia and, Annetta suspects, increasingly over Paul Pindar himself.

Hickman, Katie
Katie Hickman is the author of six previous books, including two bestselling history books, Courtesans and Daughters of Britannia. She has written two travel books: Travels with a Circus, about her experiences travelling with a Mexican circus, which was shortlisted for the 1993 Thomas Cook Travel Book Award, and Dreams of the Peaceful Dragon, about a journey on horseback through the forbidden Himalayan kingdom of Bhutan. She was shortlisted for the Sunday Times Young British Writer of the Year award for her novel The Quetzal Summer. Katie Hickman lives in London with her two children and her husband, the philosopher A.C. Grayling.