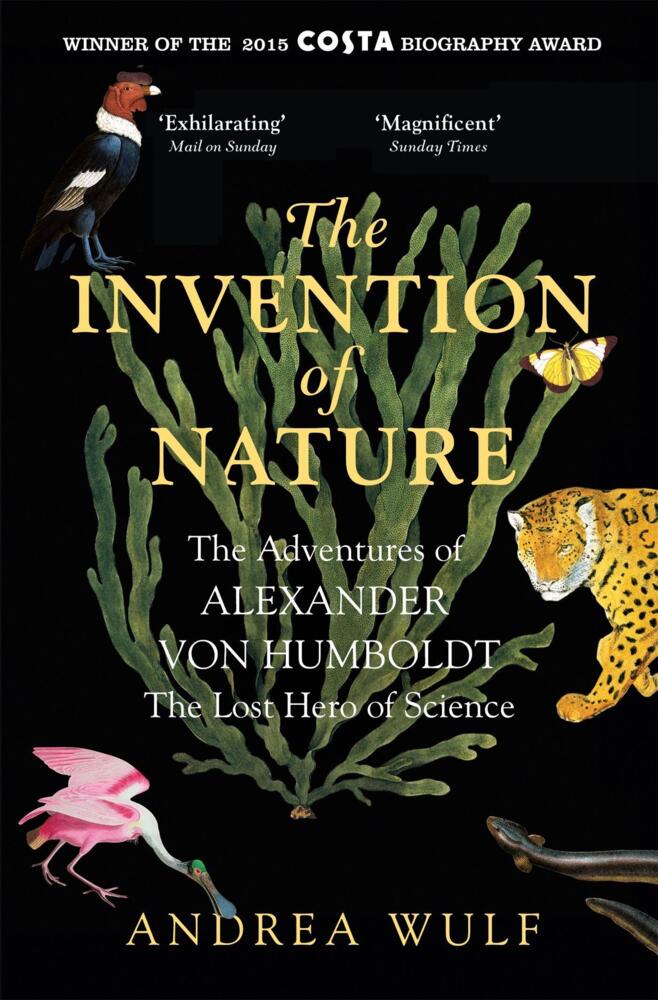 The Invention of Nature

Before Longitude no one remembered John Harrison. The Invention of Nature does the same for Alexander von Humboldt

WINNER OF THE 2015 COSTA BIOGRAPHY AWARD

'A superb biography' The Economist

Alexander von Humboldt (1769-1859) is the great lost scientist - more things are named after him than anyone else. There are towns, rivers, mountain ranges, the ocean current that runs along the South American coast, there's a penguin, a giant squid - even the Mare Humboldtianum on the moon.

His colourful adventures read like something out of a Boy's Own story: Humboldt explored deep into the rainforest, climbed the world's highest volcanoes and inspired princes and presidents, scientists and poets alike. Napoleon was jealous of him; Simon Bol¡var's revolution was fuelled by his ideas; Darwin set sail on the Beagle because of Humboldt; and Jules Verne's Captain Nemo owned all his many books. He simply was, as one contemporary put it, 'the greatest man since the Deluge'.

Taking us on a fantastic voyage in his footsteps - racing across anthrax-infected Russia or mapping tropical rivers alive with crocodiles - Andrea Wulf shows why his life and ideas remain so important today. Humboldt predicted human-induced climate change as early as 1800, and The Invention of Nature traces his ideas as they go on to revolutionize and shape science, conservation, nature writing, politics, art and the theory of evolution. He wanted to know and understand everything and his way of thinking was so far ahead of his time that it's only coming into its own now. Alexander von Humboldt really did invent the way we see nature.

A big, magnificent, adventurous book - so vividly written and daringly researched - a geographical pilgrimage and an intellectual epic! Brilliant, surprising, and thought-provoking . . . a major achievement RICHARD HOLMES, author of The Age of Wonder and Coleridge

Wulf, Andrea
Andrea Wulf was born in India, moved to Germany as a child, and now lives in England. She is the author of several acclaimed books. The Brother Gardeners won the American Horticultural Society Book Award and was long-listed for the Samuel Johnson Prize. Her book Founding Gardeners was on the New York Times bestseller list. Andrea has written for many newspapers including the Guardian, LA Times and New York Times. She was the Eccles British Library Writer in Residence 2013 and a three-time fellow of the International Center for Jefferson Studies at Monticello. She appears regularly on TV and radio.