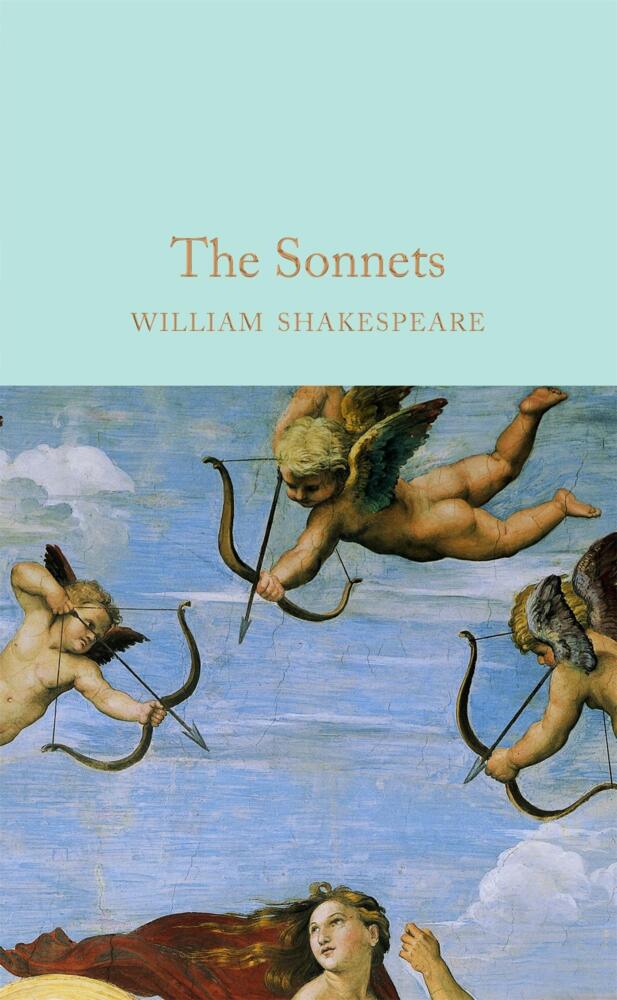 The Sonnets explore many of Shakespeare's most common themes: jealousy, betrayal, melancholy. They ache with unfulfilled longing, and, for many, they are the most complete and moving meditations on love ever written.

Part of the Macmillan Collector's Library; a series of stunning, clothbound, pocket sized classics with gold foiled edges and ribbon markers. These beautiful books make perfect gifts or a treat for any book lover. This edition features an afterword by Peter Harness.

The Sonnets of William Shakespeare, a cycle of 154 linked poems first published in 1609, are reproduced in full in this Macmillan Collector's Library edition. Filled with ideas about love, beauty and mortality, the sonnets are written in the same beautiful and innovative language that we have come to know from Shakespeare's plays. The first 126 sonnets are addressed to a young man known as the 'Fair Youth', while others are directed at a 'Rival Poet', and a 'Dark Lady'.

Every generation continues to be in his debt. Shakespeare's plots, which are brilliantly polyvalent, continue to inspire ceaseless adaptations and spin-offs. His unforgettable phrase-making recurs on the lips of millions who do not realise they are quoting Shakespeare Guardian

Shakespeare, William
William Shakespeare was born in Stratford-upon-Avon, Warwickshire, in 1564. The date of his birth is not known but is traditionally 23 April, St George's Day. Aged 18, he married a Stratford farmer's daughter, Anne Hathaway. They had three children. Around 1585 William joined an acting troupe on tour in Stratford from London, and thereafter spent much of his life in the capital. A member of the leading theatre group in London, the Chamberlain's Men, which built the Globe Theatre and frequently performed in front of Queen Elizabeth I, Shakespeare wrote 36 plays and much poetry besides. He died in 1616.

The October Man
A Rivers of London Novella
Kartoniert