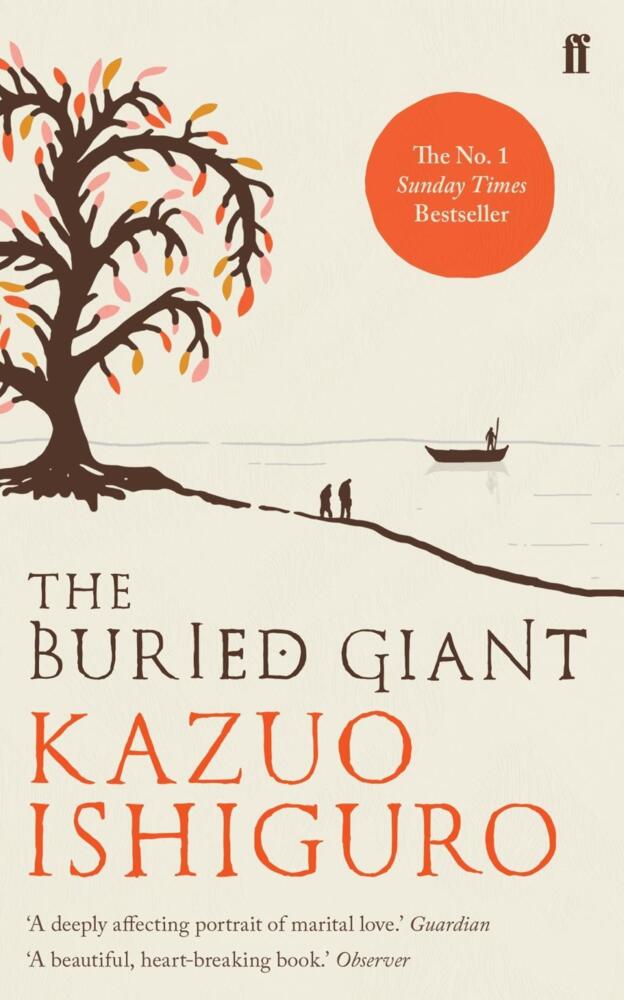 The Romans have long since departed and Britain is steadily declining into ruin. But, at least, the wars that once ravaged the country have ceased. Axl and Beatrice, a couple of elderly Britons, decide that now is the time, finally, for them to set off across this troubled land of mist and rain to find the son they have not seen for years, the son they can scarcely remember. They know they will face many hazards-some strange and otherworldly-but they cannot foresee how their journey will reveal to them the dark and forgotten corners of their love for each other. Nor can they foresee that they will be joined on their journey by a Saxon warrior, his orphan charge, and a knight-each of them, like Axl and Beatrice, lost in some way to his own past, but drawn inexorably toward the comfort, and the burden, of the fullness of a life's memories.

The Buried Giant does what important books do: It remains in the mind long after it has been read, refusing to leave, forcing one to turn it over and over ... Ishiguro is not afraid to tackle huge, personal themes, nor to use myths, history and the fantastic as the tools to do it. The Buried Giant is an exceptional novel. Neil Gaiman New York Times

Kazuo Ishiguro was born in Nagasaki, Japan, in 1954 and moved to Britain at the age of five. His nine works of fiction have earned him many honours around the world, including the Nobel Prize in Literature and the Booker Prize. His work has been translated into over fifty languages and The Remains of the Day and Never Let Me Go, both made into acclaimed films, have each sold over a million copies in Faber editions. He received a knighthood in 2018 for Services to Literature. He also holds the decorations of Chevalier de l'Ordre des Arts et des Lettres from France and the Order of the Rising Sun, Gold and Silver Star from Japan. His latest novel, Klara and the Sun, was published in 2021.

Is It Just Me?
The hilarious Sunday Times Bestseller
Kartoniert

Details Merkliste Warenkorb
How to be both
von Smith, Ali
Kartoniert