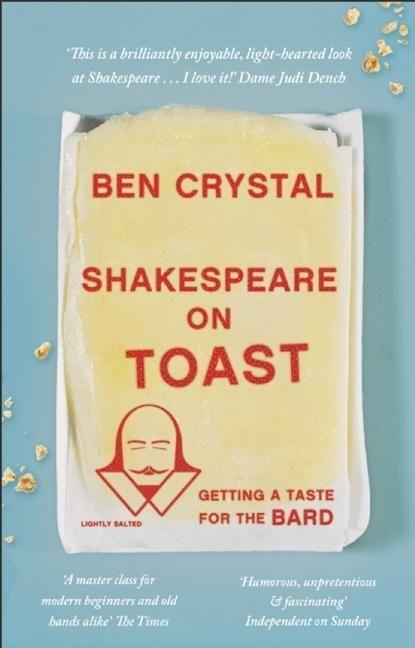 Getting a Taste for the Bard

A new edition of Ben Crystal's popular guide to the Bard

Actor, producer and director Ben Crystal revisits his acclaimed book on Shakespeare for the 400th anniversary of his death, updating and adding three new chapters. Shakespeare on Toast knocks the stuffing from the staid old myth of the Bard, revealing the man and his plays for what they really are: modern, thrilling, uplifting drama. The bright words and colourful characters of the greatest hack writer are brought brilliantly to life, sweeping cobwebs from the Bard - his language, his life, his world, his sounds, his craft. Crystal reveals man and work as relevant, accessible and alive - and, astonishingly, finds Shakespeare's own voice amid the poetry. Whether you're studying Shakespeare for the first time or you've never set foot near one of his plays but have always wanted to, this book smashes down the walls that have been built up around this untouchable literary figure. Told in five fascinating Acts, this is quick, easy and good for you. Just like beans on toast.

A new edition, with a new Foreword, of Ben Crystal's unmissable introduction to Shakespeare

'A brilliantly enjoyable, light-hearted look at Shakespeare which dispels the myths and makes him accessible to all. I love it!' Dame Judi Dench

2016 marks 400 years since Shakespeare's deathBen Crystal is an actor and writer. He has worked in TV, film and theatre, including the reconstructed Shakespeare's Globe, London, and is a narrator for RNIB Talking Books, Channel 4 and the BBC. He co-wrote Shakespeare's Words (Penguin 2002) and The Shakespeare Miscellany (Penguin 2005) with David Crystal, and regularly gives talks and workshops on Shakespeare.