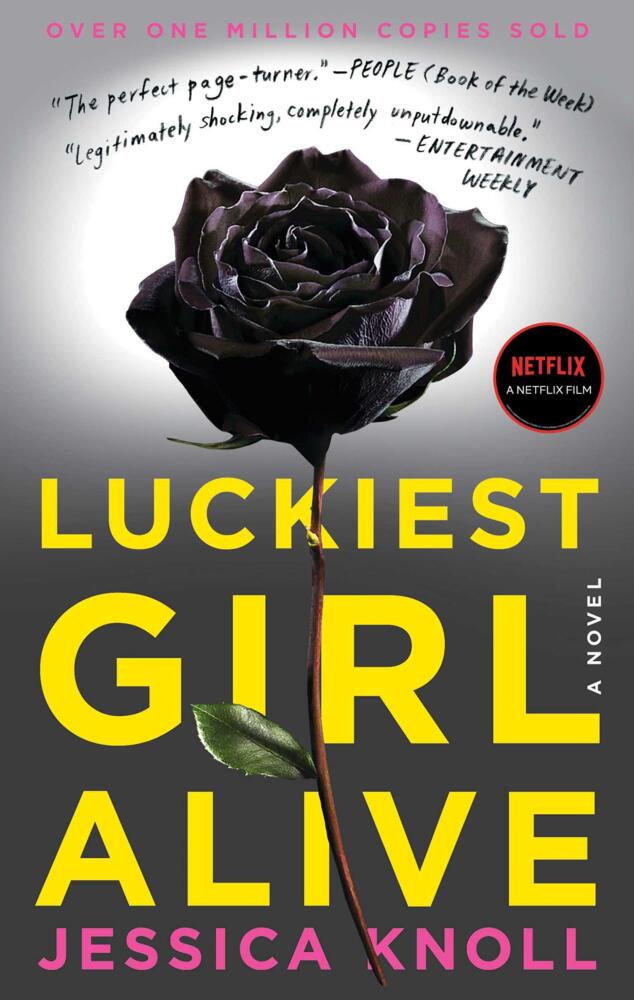 The instant New York Times bestseller, Luckiest Girl Alive is about secrets and liesand whether or not the truth can really set you free. With a singular voice and twists you wont see coming, it is completely unputdownable from beginning to end.

OVER ONE MILLION COPIES SOLD

Fans of Gone Girl and The Girl on the Train will thrill at "the perfect page-turner to start your summer" (People, Book of the Week): Luckiest Girl Alive-described by Reese Witherspoon as "one of those reads you just can't put down!"

"Jessica Knoll introduces you to your new best frenemy, and you're going to love it. . . stined to become one of the summer's most gripping reads."
-Bustle

"With the cunning and verve of Gillian Flynn but an intensity all its own, Luckiest Girl Alive is a debut you won't want to miss."
-Megan Abbott, author of Dare Me and The Fever

"Luckiest Girl Alive is Gone Girl meets Cosmo meets Sex and the City. . . . Knoll hits it out of the park."
-Fort Worth Star-Telegram

As a teenager at the prestigious Bradley School, Ani FaNelli endured a shocking, public humiliation that left her desperate to reinvent herself. Now, with a glamorous job, expensive wardrobe, and handsome blue blood fianc, she's this close to living the perfect life she's worked so hard to achieve.

But Ani has a secret.

There's something else buried in her past that still haunts her, something private and painful that threatens to bubble to the surface and destroy everything.

With a singular voice and twists you won't see coming, Luckiest Girl Alive explores the unbearable pressure that so many women feel to "have it all" and introduces a heroine whose sharp edges and cutthroat ambition have been protecting a scandalous truth, and a heart that's bigger than it first appears.

The question remains: will breaking her silence destroy all that she has worked for-or, will it at long last, set Ani free?

"[A] huge summer read . . . one of those great stories that you can't put down!"- Reese Witherspoon, InStyle

Knoll, Jessica
Jessica Knoll is the New York Times bestselling author of Luckiest Girl Alive, which has been optioned for film by Lionsgate with Reese Witherspoon set to produce. She has been a senior editor at Cosmopolitan and the articles editor at Self. She grew up in the suburbs of Philadelphia and graduated from The Shipley School in Bryn Mawr, Pennsylvania, and from Hobart and William Smith Colleges in Geneva, New York. She lives in Los Angeles with her husband and her bulldog, Beatrice. The Favorite Sister is her second novel.