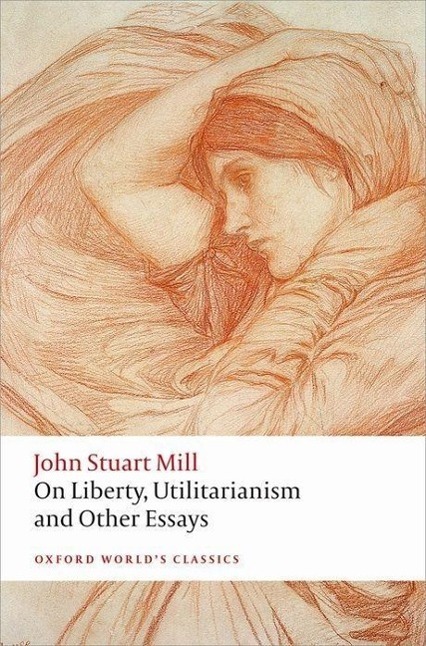 On Liberty, Utilitarianism and Other Essays

The four essays in this volume examine the most central issues that face liberal democratic regimes. They tackle the protection of individual liberty, the basic principles of ethics, the benefits and the costs of representative institutions, and the central importance of gender equality in society.

'it is only the cultivation of individuality which produces, or can produce, well developed human beings'Mill's four essays, 'On Liberty', 'Utilitarianism', 'Considerations on Representative Government', and 'The Subjection of Women' examine the most central issues that face liberal democratic regimes - whether in the nineteenth century or the twenty-first. They have formed the basis for many of the political institutions of the West since the late nineteenth century, tackling as they do the appropriate grounds for protecting individual liberty, the basic principles of ethics, the benefits andthe costs of representative institutions, and the central importance of gender equality in society.These essays are central to the liberal tradition, but their interpretation and how we should understand their connection with each other are both contentious. In their introduction Mark Philp and Frederick Rosen set the essays in the context of Mill's other works, and argue that his conviction in the importance of the development of human character in its full diversity provides the core to his liberalism and to any defensible account of the value of liberalism to the modern world.ABOUT THE SERIES: For over 100 years Oxford World's Classics has made available the widest range of literature from around the globe. Each affordable volume reflects Oxford's commitment to scholarship, providing the most accurate text plus a wealth of other valuable features, including expert introductions by leading authorities, helpful notes to clarify the text, up-to-date bibliographies for further study, and much more.

Mark Philp is Emeritus Fellow of Oriel College, Oxford. His recent books include Political Conduct (Harvard UP, 2007) and Reforming Ideas in Britain (CUP, 2013). For Oxford World's Classics he has edited Paine's Rights of Man, Common Sense, and Other Political Writings and Godwin's An Enquiry concerning Political Justice.Frederick Rosen taught for many years at University College London, where he directed the Bentham Project, which will publish a corrected edition of the complete works of Jeremy Bentham. His recent books include Classical Utilitarianism from Hume to Mill (Routledge, 2003) and Mill (OUP, 2013).