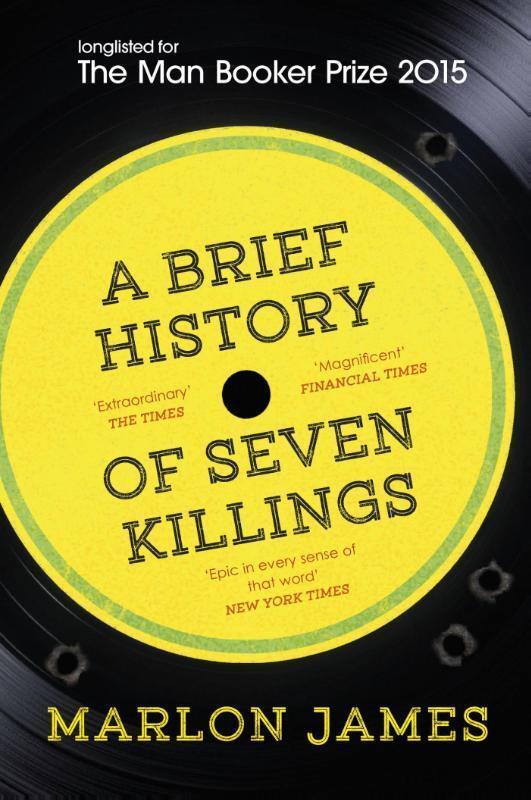 A Brief History of Seven Killings

Set against the backdrop of 1970s reggae culture, disco, sex and excess comes this remarkable re-imagining of the attempted assassination of Bob Marley

WINNER OF THE MAN BOOKER PRIZE 2015

From the acclaimed author of Black Leopard, Red Wolf and The Book of Night Women comes a dazzling display of masterful storytelling exploring this near-mythic event. Spanning three decades and crossing continents, A Brief History of Seven Killings chronicles the lives of a host of unforgettable characters - slum kids, drug lords, journalists, prostitutes, gunmen and even the CIA. Gripping and inventive, ambitious and mesmerising, A Brief History of Seven Killings is one of the most remarkable and extraordinary novels of the twenty-first century.

James, Marlon
Marlon James was born in Jamaica. He is the author of John Crow's Devil (Oneworld, 2015), a finalist for the Los Angeles Times Book Prize and the Commonwealth Writers Prize, and The Book of Night Women (Oneworld, 2009), which won the 2010 Dayton Literary Peace Prize, the Minnesota Book Award and was a finalist for the 2010 National Book Critics Circle Award in fiction. His third novel, A Brief History of Seven Killings (Oneworld 2014) , won the Man Booker Prize in 2015, the American Book Award, and the Anisfield-Wolf Fiction Prize, and was a finalist for the International Dublin Literary Award and the National Book Critics Circle Award. His short fiction and non-fiction has appeared in Esquire and Granta . He is currently the Writer-in-Residence and Associate Professor of English at Macalester College, Minnesota, USA.