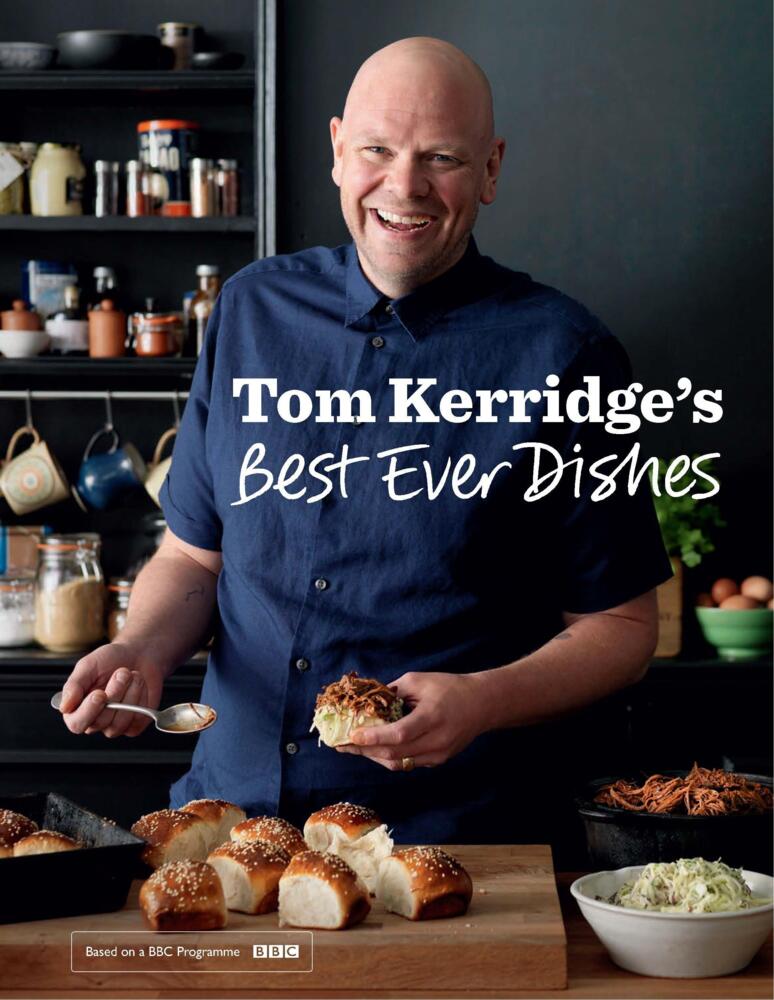 'Every day I try to make each dish as good as it can be: my personal best ever. I like getting the balance of taste and texture just right, using familiar ingredients and creating big, intense flavours. Now, I hope you'll use my recipes to make some best ever dishes of your own.' Tom Kerridge

As the most down-to-earth but high-flying chef on the food scene, Tom Kerridge has become known for his big flavours and beautifully crafted yet accessible food. And with more than 100 of his favourite recipes, Best Ever Dishes brings this spectacular cooking to the home kitchen.

Tom starts with classics we all love such as tomato soup, chicken Kiev and rice pudding (plus a few new ideas of his own), then refines and elevates them to the best version that he has ever tasted. Give the Kerridge twist to a simple lasagne, and you'll discover that every mouthful is a taste explosion. Put a special spin on a chocolate tart, and you'll transform it into an exceptional, melt-in-the-mouth pud of the gods. With stunning photography by Cristian Barnett, this book really will change the way you cook.

Get ready for Tom's new book, Lose Weight & Get Fit - coming this December.

Settle down with and peruse (until the desire to cook and eat what you've read takes over) ... hearty and enormous fun Independent on Sunday

Kerridge, Tom
Tom Kerridge worked as a chef in restaurants across Britain before deciding to set out on his own and take over a rundown pub in the quiet Buckinghamshire town of Marlow. He opened The Hand & Flowers with his wife Beth in 2005, and it went on to become the first (and only) pub in the world to acquire two Michelin stars. In 2014 he opened a second pub in Marlow, The Coach, which was followed by The Butcher's Tap. Most recently, he and his core team launched Kerridge's Bar & Grill, which is housed in Corinthia London. His previous books include the bestselling Proper Pub Food, Tom Kerridge's Best Ever Dishes, Tom's Table, Tom Kerridge's Dopamine Diet, Lose Weight for Good and Tom Kerridge's Fresh Start.