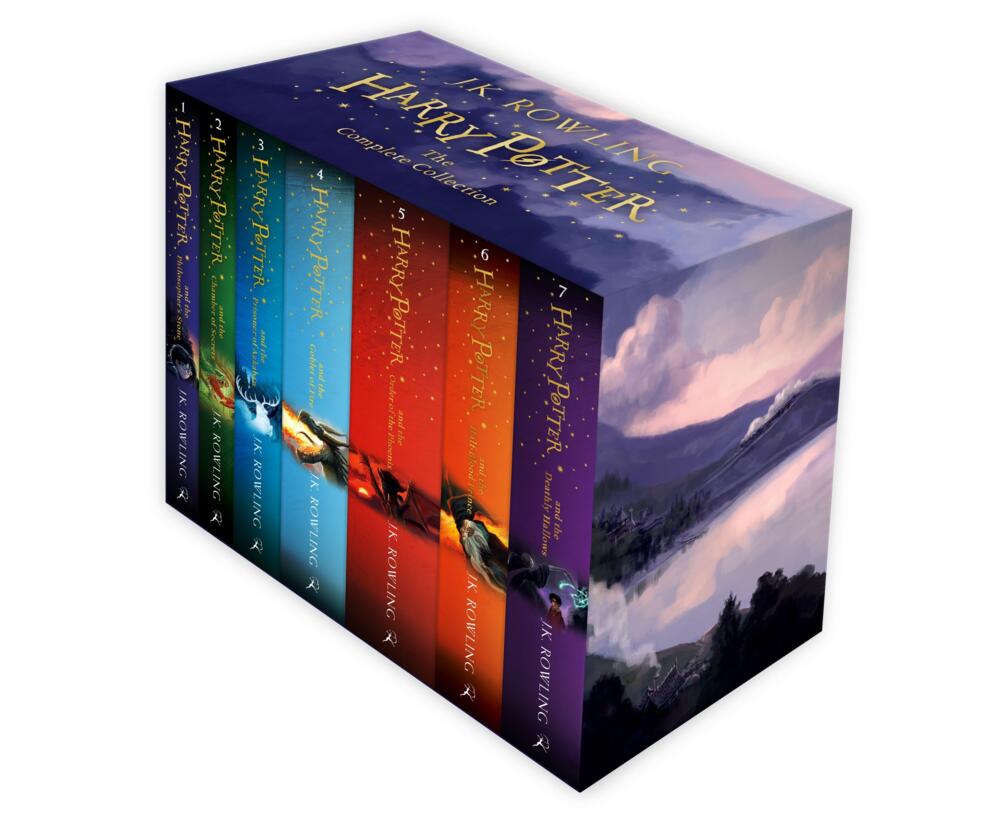 An incredible journey is about to begin. The spellbinding adventures of Harry Potter, presented in a magical boxed set containing paperback editions of J.K. Rowling's seven classic stories.

Escape to Hogwarts with the unmissable series that has sparked a lifelong reading journey for children and families all over the world! Harry Potter has never even heard of Hogwarts when letters start dropping on the doormat at number four, Privet Drive. Addressed in green ink on yellowish parchment with a purple seal, they are swiftly confiscated by his grisly aunt and uncle. Then, on Harry's eleventh birthday, a great beetle-eyed giant of a man called Rubeus Hagrid bursts in with some astonishing news - Harry Potter is a wizard, and he has a place at Hogwarts School of Witchcraft and Wizardry. The magic starts here . These irresistible editions, presented in a gorgeous slipcase featuring Hogwarts, are the essential Harry Potter. A must have for every child at the start of the most magical reading adventure. These books are to be treasured and read time and time again, as readers lose themselves in the greatest children's story of all time.

Rowling, J.K.
J.K. Rowling is best known as the author of the seven Harry Potter books, which were published between 1997 and 2007. The enduringly popular adventures of Harry, Ron and Hermione have gone on to sell over 500 million copies, be translated into over 80 languages and made into eight blockbuster films. Alongside the Harry Potter series, she also wrote three short companion volumes for charity: Quidditch Through the Ages and Fantastic Beasts and Where to Find Them, in aid of Comic Relief and Lumos, and The Tales of Beedle the Bard, in aid of Lumos. J.K. Rowling collaborated with playwright Jack Thorne and director John Tiffany to continue Harry's story in a stage play, Harry Potter and the Cursed Child, which opened in London in 2016 and is now playing worldwide. In the same year, she made her debut as a screenwriter with the film Fantastic Beasts and Where to Find Them, the first in a series featuring Magizoologist Newt Scamander, which was inspired by the original companion volume. J.K. Rowling has also written a standalone novel, The Casual Vacancy, and is the author of the Strike crime series under the pseudonym Robert Galbraith. Both have been adapted for television. She has received many awards and honours, including an OBE and a Companion of Honour for services to literature and philanthropy. She lives in Scotland with her family.

Fantastic Beasts and Where to Find Them. The Original Screenplay
von Rowling, Joanne K.
Gebunden

The Hobbit or There And Back Again
von Tolkien, John Ronald Reuel
Kartoniert