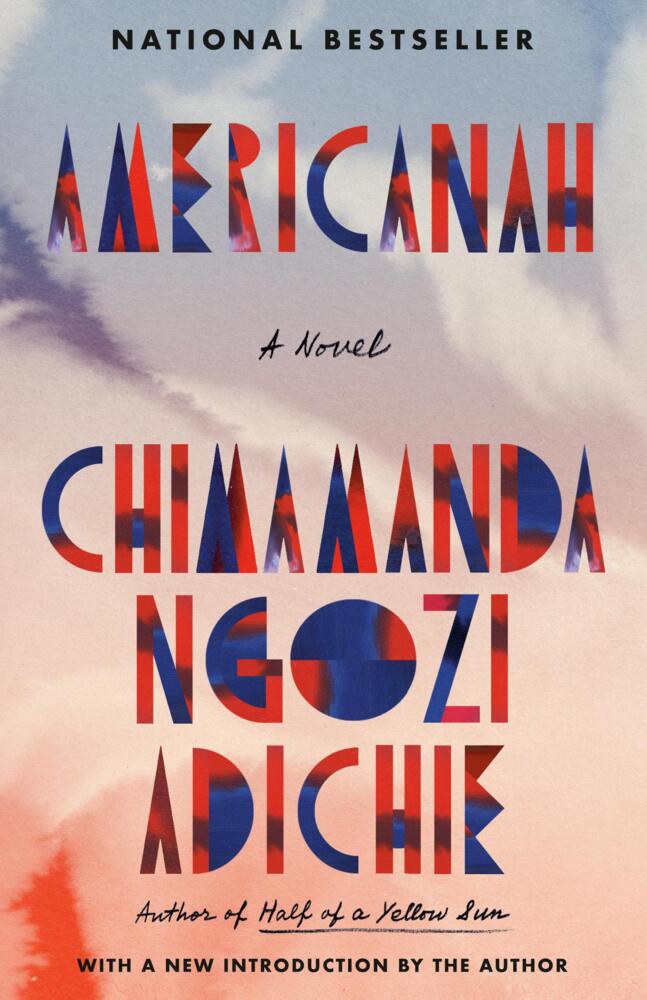 The powerful new novel from the award-winning author of Half of a Yellow Sun--a story of love and race centered around a young man and woman from Nigeria and the choices and challenges they face in the countries they come to call home.

The bestselling novel from the award-winning author of We Should All Be Feminists and Dear Ijeawele. The story of two Nigerians making their way in the U.S. and the UK, raising universal questions of race and belonging, the overseas experience for the African diaspora, and the search for identity and a home.

Ifemelu and Obinze are young and in love when they depart military-ruled Nigeria for the West. Beautiful, self-assured Ifemelu heads for America, where despite her academic success, she is forced to grapple with what it means to be black for the first time. Quiet, thoughtful Obinze had hoped to join her, but with post-9/11 America closed to him, he instead plunges into a dangerous, undocumented life in London. Fifteen years later, they reunite in a newly democratic Nigeria, and reignite their passion-for each other and for their homeland.

Winner of the National Book Critics Circle Award for Fiction

"Masterful. . . . An expansive, epic love story. . . . Pulls no punches with regard to race, class and the high-risk, heart-tearing struggle for belonging in a fractured world." -O, The Oprah Magazine

"[A] knockout of a novel about immigration, American dreams, the power of first love, and the shifting meanings of skin color. . . . A marvel." -NPR

"A cerebral and utterly transfixing epic. . . . Americanah is superlative at making clear just how isolating it can be to live far away from home. . . . Unforgettable." -The Boston Globe

"Witheringly trenchant and hugely empathetic . . . a novel that holds the discomfiting realities of our times fearlessly before us. . . . A steady-handed dissection of the universal human experience." -The New York Times Book Review

"Adichie is uniquely positioned to compare racial hierarchies in the United States to social striving in her native Nigeria. She does so in this new work with a ruthless honesty about the ugly and beautiful sides of both nations." -The Washington Post

"Gorgeous. . . . A bright, bold book with unforgettable swagger that proves it sometimes takes a newcomer to show Americans to ourselves." -The Dallas Morning News

"Americanah tackles the U.S. race complex with a directness and brio no U.S. writer of any color would risk." -The Philadelphia Inquirer

"So smart about so many subjects that to call it a novel about being black in the 21st century doesn't even begin to convey its luxurious heft and scope. . . . Capacious, absorbing and original." -Jennifer Reese, NPR

"Superb . . . Americanah is that rare thing in contemporary literary fiction: a lush, big-hearted love story that also happens to be a piercingly funny social critique." -Vogue

"A near-flawless novel." -The Seattle Times

Half of a Yellow Sun
von Adichie, Chimamanda Ngozi
Kartoniert

We Should All Be Feminists
von Adichie, Chimamanda Ngozi
Kartoniert

The Thing Around Your Neck
von Adichie, Chimamanda Ngozi
Kartoniert