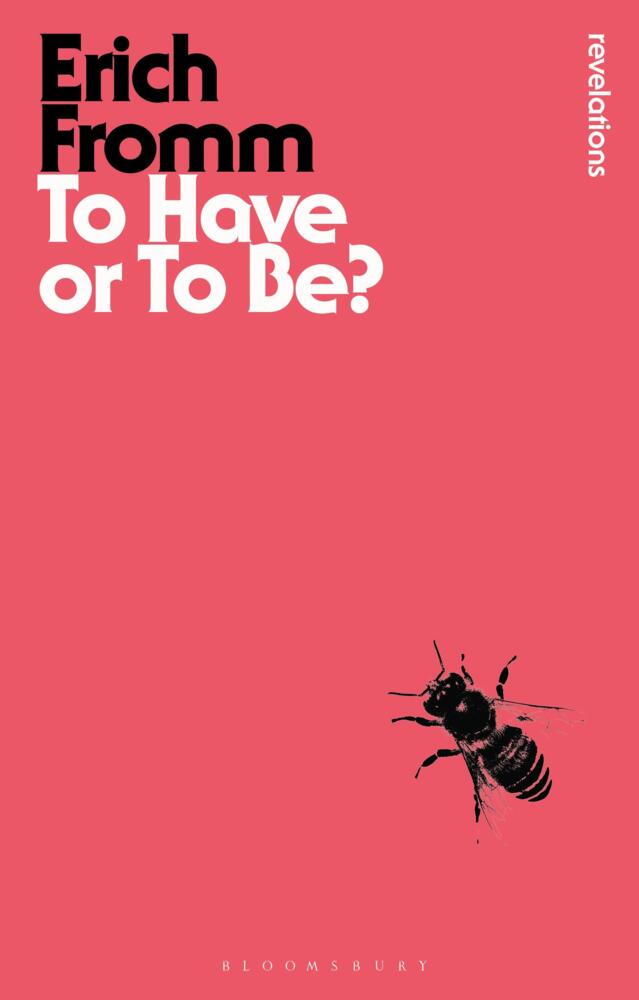 To Have or to Be?

A widely influential work from one of the last century's most important thinkers, this is a profound attack on the materialism of contemporary society.

To Have Or to Be? is one of the seminal books of the second half of the 20th century. Nothing less than a manifesto for a new social and psychological revolution to save our threatened planet, this book is a summary of the penetrating thought of Eric Fromm. His thesis is that two modes of existence struggle for the spirit of humankind: the having mode, which concentrates on material possessions, power, and aggression, and is the basis of the universal evils of greed, envy, and violence; and the being mode, which is based on love, the pleasure of sharing, and in productive activity. To Have Or to Be? is a brilliant program for socioeconomic change.

Foreword
Introduction: The Great Promise, Its Failure, and New Alternatives
Part 1: Understanding the Difference between Having and Being
I. A First Glance
II. Having and Being in Daily Experience
III. Having and Being in the Old and New Testaments and in the Writings of Master Eckhart
Part 2: Analyzing the Fundamental Differences between the Two Modes of Existence
IV. What Is the Having Mode?
V. What Is the Being Mode?
VI. Further Aspects of Having and Being
Part 3: The New Man and the New Society
VII. Religion, Character, and Society
VIII. Conditions for Human Change and the Features of the New Man
IX. Features of the New Society
Bibliography
Index

Fromm, Erich
Born in Frankfurt-am-Main, Erich Fromm (1900-1980) studied sociology and psychoanalysis. In 1933, he emigrated as a member of the Frankfurt School of social thinkers to the United States, moved to Mexico in 1950, and spent his twilight years between 1974 and 1980 in Switzerland. His books Fear of Freedom (1941) and The Art of Loving (1956) made him famous. Other well-known books are Marx's Concept of Man, Beyond the Chains of Illusion, and The Essential Fromm.