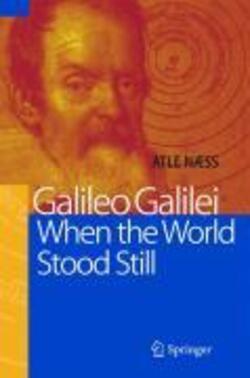 Prologue: A journey to Rome 5 The musician's son 7 A gifted young Tuscan 11 To
Rome and the Jesuits 14 A Surveyor of Inferno 17 The spheres from the tower 19
From Pisa to Padua 22 Signs in the sky 24 De Revolutionibus Orbium Coelestium 28
Lecturer and designer 31 A professor's commitments 33 Modern physics is born 35
A new star in an unchanging sky? 38 Drawing close to a court 40 The balls fall
into place 43 The Roman style 45 The tube with the long perspective 47 A new
world 49 Jupiter's sons 53 Johann Kepler, Imperial Mathematician 56 Several
signs in the sky 60 Friendship and power 64 A dispute about objects that float
in water 68 Sun, stand thou still upon Gibeon! 71 The letter to Castelli 74 "How
to go to heaven, not how the heavens go" 77 Foolish and absurd in philosophy,
formally heretical 80 The hammer of the heretics 83 Deaths and omens 86 Comets
portend disaster 91 Weighing the words of others on gold-scales 95 A marvellous
combination of circumstances 99 War and heresy 102 European power struggle and
Roman nephews 105 The old and the new 107 "An advantageous decree" 111 Two wise
men - and a third 113 The Inquisition's chambers 117 Diplomacy in the time of
the plague 122 An order from the top 126 "Nor further to hold, teach, or defend
it in any way whatsoever" 131 Convinced with reasons 135 "I, Galileo Galilei"
139 Eternity 143 A death and two new sciences 148 The meeting with infinity 152
"That universe ... is not any greater than the space I occupy" 156 Epilogue 159
Postscript 164 Appendix 166 Sources 167 Name Index 172 References 175

The author was born in 1949. He studied language and literature at Oslo University and worked for some years as a teacher at various levels before becoming an independent writer of novels and non-fiction. Among his books is a novel about the Italian painter Caravaggio, translated into English under the title "Doubting Thomas" [in German as "Caravaggio's Flucht"]. His biography of Galileo won the Brage Award for best Norwegian non-fiction book in 2001. Næss' most recent work is a biography of the Norwegian painter Edvard Munch.