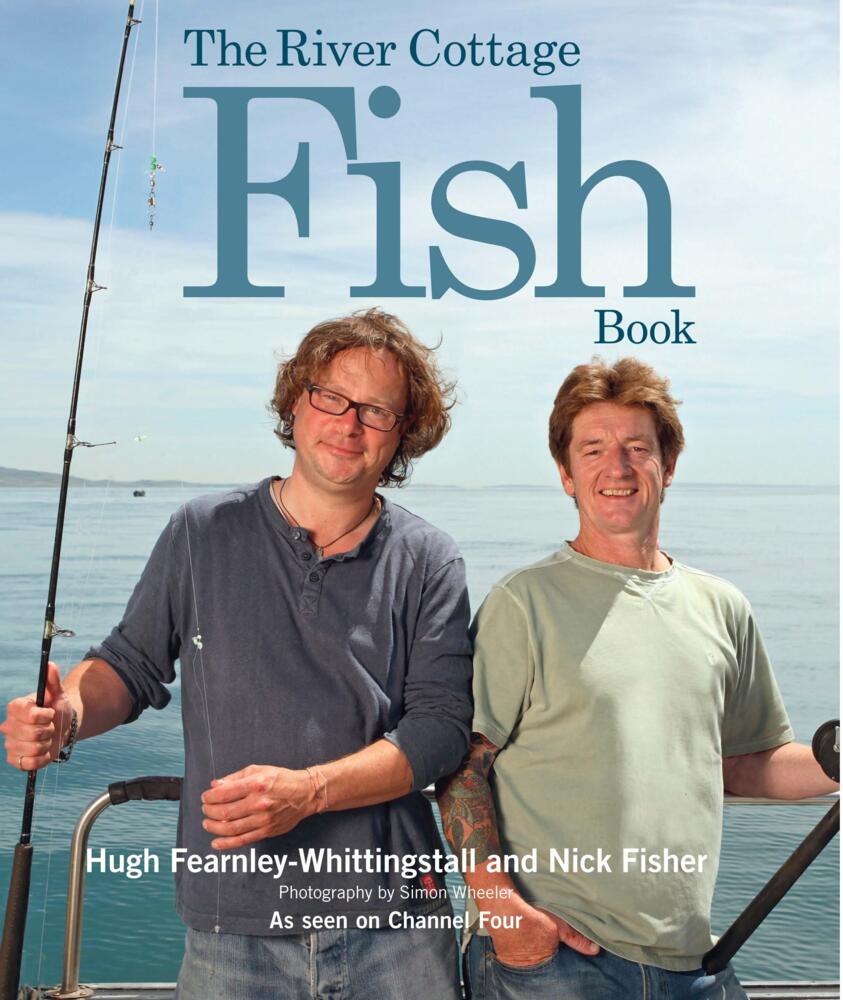 More than just a cookbook, this beautifully produced volume in three parts promotes a total understanding of British fish, from their natural habitats to what sauce they go best and how to respect their sustainability, in keeping with the River Cottage ethos.

The first part is dedicated to understanding fish - Hugh and Nick explain the ins and outs of procuring a good fish, discussing fish farming, aquaculture, sustainability and harvesting issues, how to buy and catch fish in an ethical way, and how to prepare it for the kitchen. Next they open up a whole world of fish cooking - pickling, salting, barbecuing, frying, potting, stewing, smoking and more are explained in depth, each technique followed by classic recipes from gravadlax to kedgeree, from sashimi to chip shop battered cod. Finally, Hugh and Nick present Britain's best fish by species, giving portraits with notes on seasonality and ecology, as well as listing the relevant recipes from part 2 with alternatives.

With a new introduction from Hugh, The River Cottage Fish Book is the only book on fish that the adventurous fish lover will ever need.

A great big book with lots of simple fish recipes ... It's packed with information and it reminds you that cooking is fun Independent Fifty Best Cookbooks

Fearnley-Whittingstall, Hugh
Hugh Fearnley-Whittingstall is a writer, broadcaster and campaigner. His series for Channel 4 have earned him a huge popular following, while his River Cottage books have collected multiple awards including the Glenfiddich Trophy and the Andr Simon Food Book of the Year. Hugh's additional broadcasting, like the hugely influential Fish Fight, has earned him a BAFTA as well as awards from Radio 4, the Observer and the Guild of Food Writers. Hugh lives in Devon with his family.