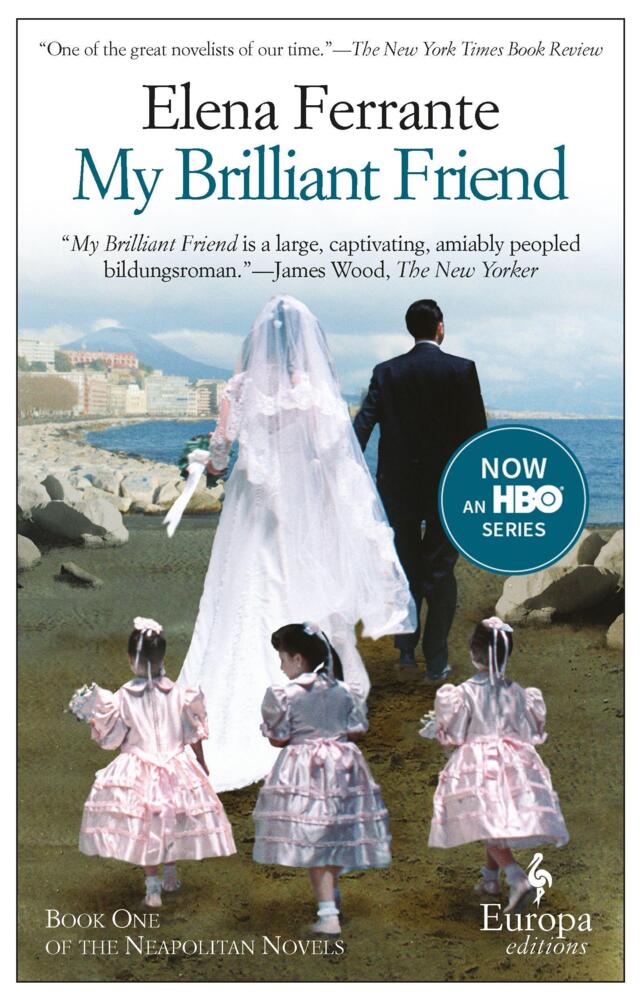 Beginning in the 1950s Elena and Lila grow up in Naples, Italy, mirroring two different aspects of their nation.

Now an HBO series: the first volume in the New York Times-bestselling "enduring masterpiece" about a lifelong friendship between two women from Naples (The Atlantic).

Beginning in the 1950s in a poor but vibrant neighborhood on the outskirts of Naples, Elena Ferrante's four-volume story spans almost sixty years, as its main characters, the fiery and unforgettable Lila and the bookish narrator, Elena, become women, wives, mothers, and leaders, all the while maintaining a complex and at times conflicted friendship. This first novel in the series follows Lila and Elena from their fateful meeting as ten-year-olds through their school years and adolescence.

Through the lives of these two women, Ferrante tells the story of a neighborhood, a city, and a country as it is transformed in ways that, in turn, also transform the relationship between two women.

Ferrante, Elena
Elena Ferrante is the author of The Days of Abandonment (Europa, 2005), which was made into a film directed by Roberto Faenza, Troubling Love (Europa, 2006), adapted by Mario Martone, and The Lost Daughter (Europa, 2008), soon to be a film directed by Maggie Gyllenhaal. She is also the author of Incidental Inventions (Europa, 2019), illustrated by Andrea Ucini, Frantumaglia: A Writer's Journey (Europa, 2016) and a children's picture book illustrated by Mara Cerri, The Beach at Night (Europa, 2016). The four volumes known as the "Neapolitan quartet" (My Brilliant Friend, The Story of a New Name, Those Who Leave and Those Who Stay, and The Story of the Lost Child) were published by Europa Editions in English between 2012 and 2015. My Brilliant Friend, the HBO series directed by Saverio Costanzo, premiered in 2018.

A Death in the Family
My Struggle 1
Kartoniert

STRANGENESS IN MY MIND A EXP
von PAMUK, ORHAN
Kartoniert

The Story Of The Lost Child
von Ferrante, Elena
Kartoniert

Those Who Leave And Those Who Stay
von Ferrante, Elena
Kartoniert

The Story Of A New Name
Book 2
Kartoniert