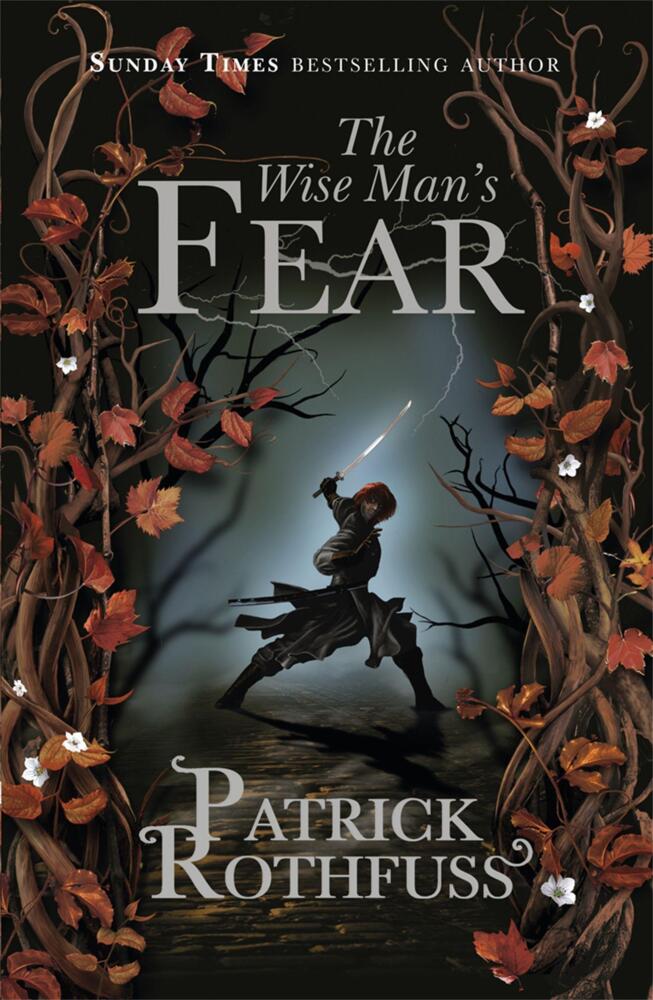 The phenomenal SUNDAY TIMES-bestselling sequel to THE NAME OF THE WIND. 'Hail Patrick Rothfuss! A new giant is striding the land' Robert J Sawyer

'I just love the world of Patrick Rothfuss' Lin-Manuel Miranda

Sequel to the extraordinary THE NAME OF THE WIND, THE WISE MAN'S FEAR is the second instalment of this superb fantasy trilogy from Patrick Rothfuss. This is the most exciting fantasy series since George R. R. Martin's A SONG OF ICE AND FIRE, and a must-read for all fans of HBO's GAME OF THRONES.

Picking up the tale of Kvothe Kingkiller once again, we follow him into exile, into political intrigue, courtship, adventure, love and magic ... and further along the path that has turned Kvothe, the mightiest magician of his age, a legend in his own time, into Kote, the unassuming pub landlord.

Packed with as much magic, adventure and home-grown drama as THE NAME OF THE WIND, this is a sequel in every way the equal to its predecessor and a must-read for all fantasy fans. Readable, engaging and gripping THE WISE MAN'S FEAR is the biggest and the best new fantasy novel out there.

I just love the world of Patrick Rothfuss Lin-Manuel Miranda

Rothfuss, Patrick
Patrick Rothfuss is the bestselling author of The Kingkiller Chronicle. His first novel, The Name of the Wind, won the Quill Award and was a Publishers Weekly Best Book of the Year. Its sequel, The Wise Man's Fear, debuted at #1 on The New York Times bestseller chart and won the David Gemmell Legend Award. His novels have appeared on NPR's Top 100 Science Fiction/Fantasy Books list and Locus' Best 21st Century Fantasy Novels list. Pat lives in Wisconsin, where he brews mead, builds box forts with his children, and runs Worldbuilders, a book-centered charity that has raised more than six million dollars for Heifer International. He can be found at patrickrothfuss and on Twitter at @patrickrothfuss.

The Name of the Wind
The Kingkiller Chronicle 1
Kartoniert

The Name of the Wind
The Kingkiller Chronicle: Day One
Kartoniert

The Slow Regard of Silent Things
A Kingkiller Chronicle Novella
Gebunden

The Slow Regard of Silent Things
von Rothfuss, Patrick
Kartoniert