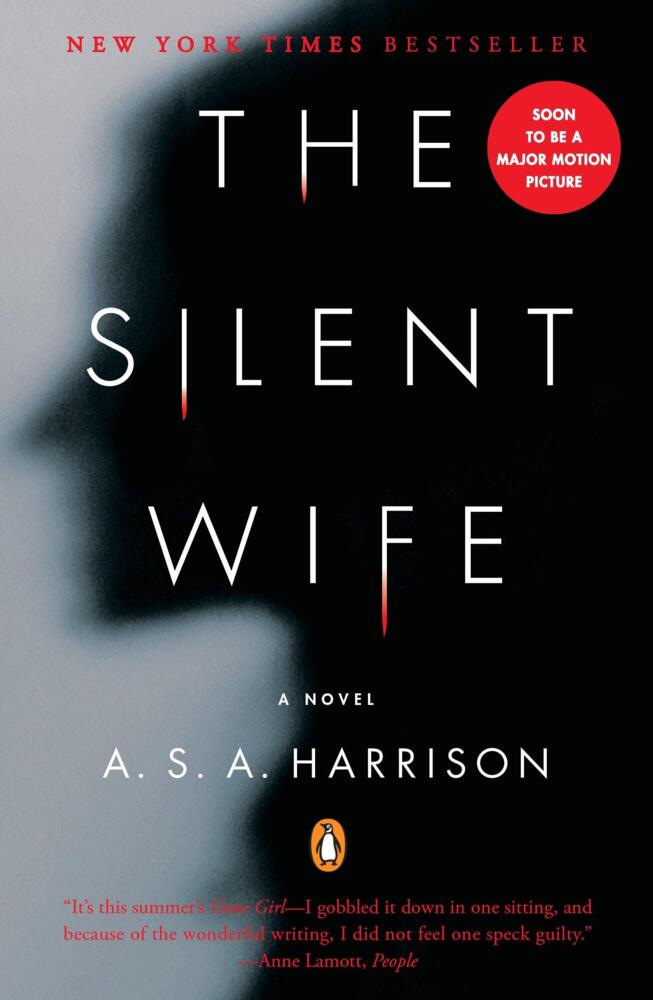 A chilling psychological thriller about a marriage, a way of life, and how far one woman will go to keep what is rightfully hers

Soon to be a major motion picture starring Nicole Kidman, fans of The Girl on the Train and Gone Girl will love The Silent Wife

"I gobbled it down in one sitting." - Anne Lamott, People

Jodi and Todd are at a bad place in their marriage. Much is at stake, including the affluent life they lead in their beautiful waterfront condo in Chicago, as she, the killer, and he, the victim, rush haplessly toward the main event. He is a committed cheater. She lives and breathes denial. He exists in dual worlds. She likes to settle scores. He decides to play for keeps. She has nothing left to lose. Told in alternating voices, The Silent Wife is about a marriage in the throes of dissolution, a couple headed for catastrophe, concessions that can't be made, and promises that won't be kept. Expertly plotted and reminiscent of Gone Girl and These Things Hidden, The Silent Wife ensnares the reader from page one and does not let go.

"It's this summer's Gone Girl - I gobbled it down in one sitting, and because of the wonderful writing, I did not feel one speck guilty." - Anne Lamott, People Magazine

"A. S. A. Harrison knocks it out of the park with her first novel, The Silent Wife. With a spare, elegant, and deft hand, she paints two dueling psychological portraits of longtime live-in lovers who become putative killer and hapless victim in a tale that no one is likely to forget anytime soon. I couldn't put this book down." -Elizabeth George, New York Times bestselling author of A Banquet of Consequences

"What a deliciously wicked pleasure The Silent Wife was to read. I love books where I can't guess the outcome, although I was rooting for Jodi all the way. A very clever, very funny comedy of manners spliced with a domestic thriller." -Kate Atkinson, New York Times bestselling author of Life After Life

"Beautifully written and deeply unsettling, this darkly funny examination of what happens when you've got nothing left to lose is also brilliantly addictive. It left me almost breathless as I raced toward the devastating finale." S. J. Watson, New York Times bestselling author of Before I Go to Sleep

"SUPERB...As a novel about the dark side of marriage and relationships, it's better than Gillian Flynn's Gone Girl. A must read for anyone who is occasionally ruthless, reckless, or psychologically weird-and anyone who loves clever books with depth and heart." -Sophie Hannah, author of The Other Woman's House

"The Silent Wife is a boning knife of a novel, sharp and quick." - Newsday

"You can't blame the publishers of The Silent Wife for hyping it as 'the new Gone Girl.' It's not. It just might be better." - The Huffington Post

"For those who loved Gone Girl... The Silent Wife is a quick-witted marital pas de deaux featuring a psychotherapist and her philandering husband." - Vogue, "Summer's Best Mystery Reads"

"May be as popular as Gone Girl was last summer." - CBS This Morning, "Best Reads for Your Summer Vacation"

"The surprises keep coming, pager after quiet page... Harrison writes well with a light touch, but her touch is devastating nonetheless." - The Guardian, US Summer Reads pick

"That final revelation from Harrison, who, regrettably, died before she could see her debut novel published, inflicts the stealth damage of an icepick to the carotid artery." - Sarah Weinman, New Republic

The Other Child
The addictive domestic thriller that you won't be able to put down!
Kartoniert

Behind Closed Doors
von Paris, B. A.
Kartoniert

Before I Go to Sleep
von Watson, S. J.
Kartoniert