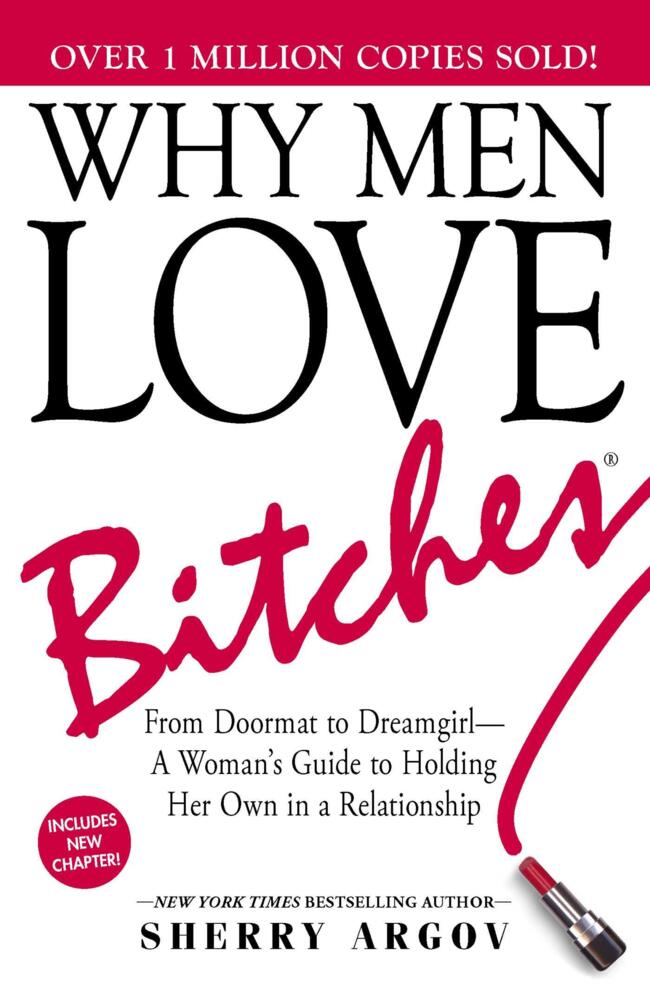 Why Men Love Bitches delivers a unique perspective as to why men are attracted to a strong woman.

Do you feel like you are too nice? Sherry Argov's Why Men Love Bitches delivers a unique perspective as to why men are attracted to a strong woman who stands up for herself. With saucy detail on every page, this no-nonsense guide reveals why a strong woman is much more desirable than a "yes woman" who routinely sacrifices herself.
Full of advice, hilarious real-life relationship scenarios, "she says/he thinks" tables, and the author's unique "Attraction Principles," Why Men Love Bitches gives you bottom-line answers. It helps you know who you are, stand your ground, and relate to men on a whole new level. Once you've discovered the feisty attitude men find so magnetic, you'll not only increase the romantic chemistry - you'll gain your man's love and respect with far less effort.

Argov, Sherry
Sherry Argov is the author of Why Men Love Bitches, and Why Men Marry Bitches. Her writing has appeared in countless magazines including People, Vanity Fair, US Weekly, Cosmopolitan, Glamour, Elle, Maxim, and Esquire. Her work has been featured nationally on the TODAY show, The View, MSNBC, Fox News Channel, and MTV. Her first book Why Men Love Bitches was named one of the "Ten Most Iconic Relationship Books of the Past Ten Years" by Yahoo, and "America's Top Relationship Book" by Book Tribe. A first-class theater production abroad, her first-class theater play has topped Billboard charts for seven consecutive years, and has received critical acclaim. Her work is currently published throughout the world in over thirty languages. For more information, visit the author's website at SherryArgov.

Get the Guy
How to Find, Attract, and Keep Your Ideal Mate
Gebunden

Get the Guy
Use the Secrets of the Male Mind to Find, Attract and Keep Your Ideal Man
Kartoniert

Men Are Like Fish: What Every Woman Needs to Know about Catching a Man
von Nakamoto, Steve
Kartoniert

Never Be Lied to Again: How to Get the Truth in 5 Minutes or Less in Any Conversation or Situation
von Lieberman, David J.
Kartoniert

Act Like a Lady, Think Like a Man
What Men Really Think About Love, Relationships, Intimacy, and Commitment
Kartoniert