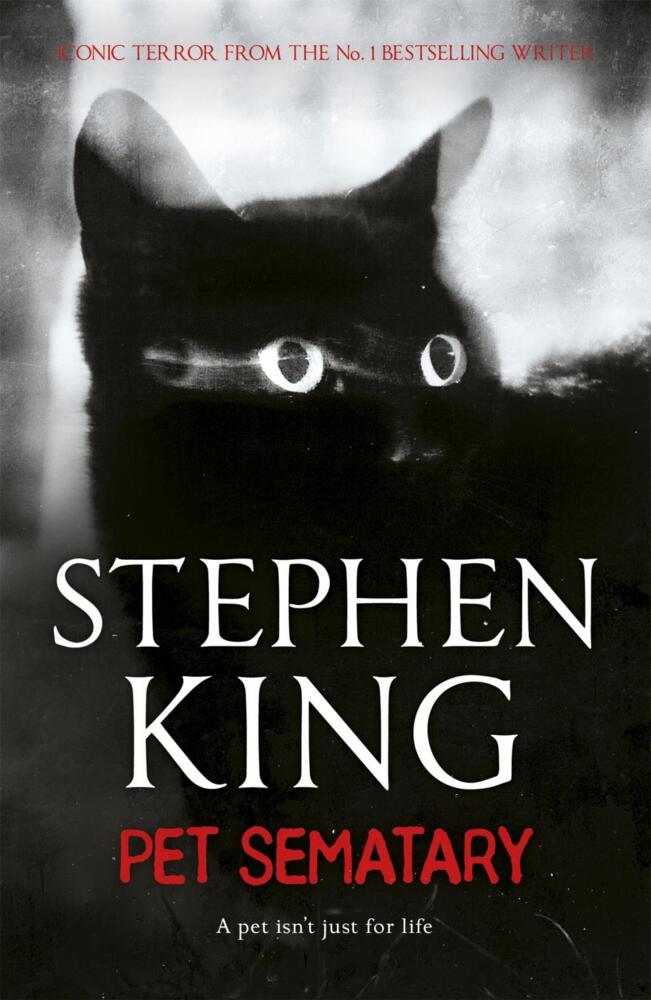 King's #1 bestselling, timeless classic, is among King's most iconic and beloved novels.

Soon to be a major motion picture from Paramount Pictures starring John Lithgow, Jason Clarke, and Amy Seimetz! King's iconic, beloved classic is 'so beautifully paced that you cannot help but be pulled in' Guardian 'SOMETIMES..AD IS BETTER'

Rambling, old, unsmart and comfortable. A place where the family could settle; the children grow and play and explore. The rolling hills and meadows of Maine seemed a world away from the fume-choked dangers of Chicago.

Only the occasional big truck out on the two-lane highway, grinding up through the gears, hammering down the long gradients, growled out an intrusive threat.

But behind the house and far away from the road: that was safe. Just a carefully cleared path up into the woods where generations of local children have processed with the solemn innocence of the young, taking with them their dear departed pets for burial.

A sad place maybe, but safe. Surely a safe place. Not a place to seep into your dreams, to wake you, sweating with fear and foreboding.

'King can make the flesh creep half a world away' - The Times
'So beautifully paced that you cannot help but be pulled in' - Guardian
'The most frightening novel Stephen King has ever written' - Publisher's Weekly
'Wild, powerful, disturbing' - Washington Post Book Review

Stephen King is the author of more than sixty books, all of them worldwide bestsellers. His recent work includes Sleeping Beauties (co-written with his son Owen King), the short story collection The Bazaar of Bad Dreams, the Bill Hodges trilogy End of Watch, Finders Keepers, and Mr. Mercedes (an Edgar Award winner for Best Novel, and shortlisted for the CWA Gold Dagger Award).

Many of King's books have been turned into celebrated films, television series and streamed events including The Shawshank Redemption, Gerald's Game and It.

King is the recipient of the 2014 National Medal of Arts and the 2003 National Book Foundation Medal for Distinguished Contribution to American Letters. He lives in Bangor, Maine, with his wife, novelist Tabitha King.

The Shining
Obviously a masterpiece, probably the best supernatural novel in a hundred yaears
Kartoniert